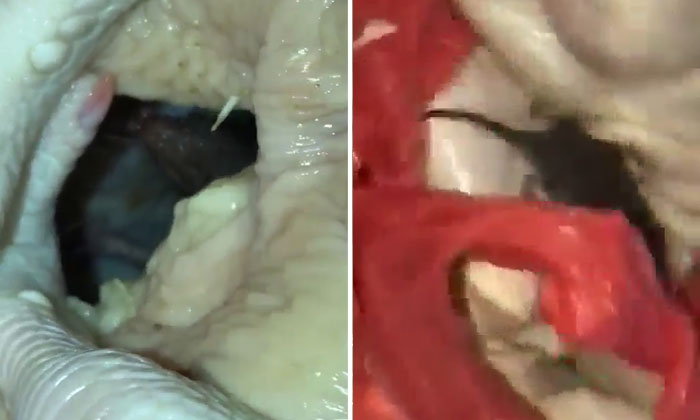 The Singapore Food Agency (SFA) is investigating a chicken rice stall at Toa Payoh after a video of a rat nestled in the crevice of a raw chicken went viral on social media.

The video shows a rat moving inside the chicken, seemingly feasting on its innards.

The chicken is inside one of two plastic bags of raw poultry placed in a blue basket.

Wtf! A rat sleeping in a chicken allegedly found at a coffeeshop at Toa Payoh Lor 4. Hope they were planning on getting rid of the chickens bah. Why put outsidel ike that??

Posted by All Singapore Stuff on Tuesday, 2 April 2019

It scurries out of the chicken it is in and onto the others after the person recording the video kicks the basket.

It is believed that the basket was placed outside a shuttered coffee shop at Block 95 Toa Payoh Lorong 4.

It is unclear when this happened.

In response to a Stomp media query, an SFA spokesman said it is investigating the incident

The spokesman added: "Food operators must ensure that food hygiene standards (such as storing raw ingredients properly) are adhered to.

"SFA will not hesitate to take enforcement action if there are any food hygiene lapses found.

According to Chinese-language daily Lianhe Wanbao, the stall owner who had ordered the chickens was the operator of the chicken rice stall at the coffee shop.

The stall owner, Mr Ah De, told Wanbao that he does not know when the video was taken and has not found any rats when handling the chickens.

"I previously requested the raw chicken supplier to use an additional basket so that the basket with the raw chickens are lifted and not left on the ground," he said.

"Now something has happened, and I'm discussing the matter with them."

He added that the authorities had inspected his stall on Wednesday morning (Apr 3).

He decided to close for the day even though he had already prepared the food.

He is also planning to change food suppliers and request compensation from his current supplier.

Netizens were alarmed by the video and commented on how unhygienic it was for raw chicken to be left in the open like that.