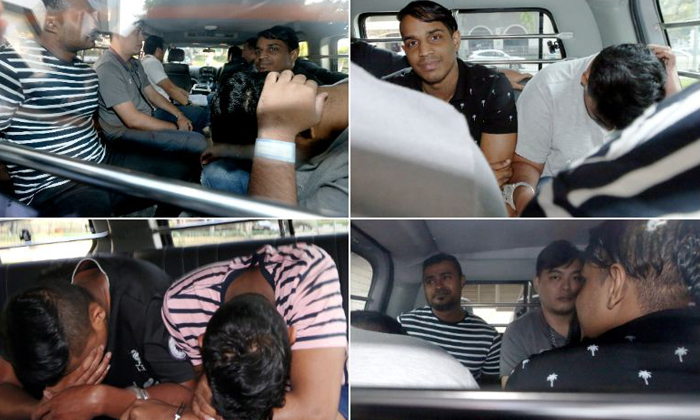 The slashing incident that occurred along 202 Serangoon Road on July 25 had arisen from a "personal feud", said the police.

Five of the seven Singaporean men who were arrested in connection to the case will be charged with the offence of rioting armed with deadly weapons on Friday (July 27).

A samurai sword and a kitchen knife had been used in the attack on a 27-year-old Singaporean man.

The sword was allegedly discarded in the waters of Lower Peirce Reservoir on the same day.

In a statement on Thursday night (July 26), the police said: "Through investigative probes and ground enquiries, officers from the Criminal Investigation Department, Police Intelligence Department and Central Police Division established the identities of the seven men believed to be involved in the incident.

"The officers subsequently arrested all the suspects in the vicinity of Corporation Road and Sin Ming Industrial Estate, within 18 hours of the report lodged.

"Preliminary investigations revealed that the incident is believed to have arisen from a personal feud."

If convicted, they are liable to a jail term of up to 10 years and caning.

Investigations against the two remaining suspects are still ongoing.

Deputy Commissioner of Police (Investigation & Intelligence) and concurrent Director of the Criminal Investigation Department, Florence Chua, commended officers who "worked tirelessly round the clock to solve this case within 18 hours".

She added: "Our officers displayed perseverance and tenacity in their investigation probes, coupled with extensive ground work, to successfully arrest all of the suspects.

"The police are committed to keep Singapore safe and we will spare no effort to track down offenders to ensure that they are brought swiftly to justice and face the full brunt of the law."