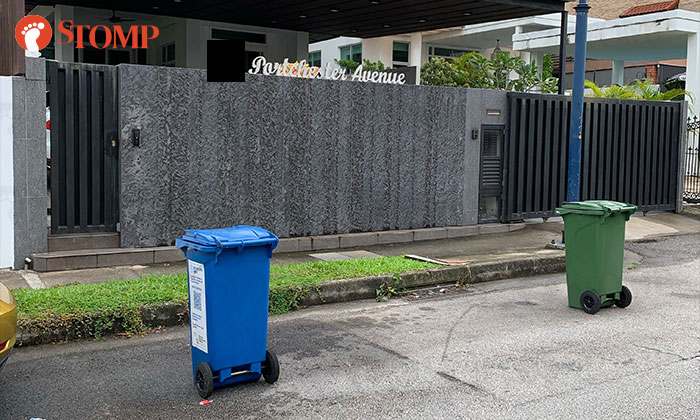 A Serangoon Gardens resident has reached his limit with his neighbours who 'chope' parking lots with rubbish bins along Portchester Avenue.

Stomper Pioneer Singaporean shared with Stomp that he has been putting up with such behaviour for "ages" and calls it "animal behaviour".

Although the Stomper wishes the authorities would intervene, such issues need to be resolved using a community approach.

In response to a Stomp query on a similar incident, the Land Transport Authority (LTA) said:

"For such issues within the private estates, the LTA adopts a community approach towards resolving them by advising residents to ensure that their objects do not pose a safety hazard or an obstruction to other users.