Sentosa Cove resident on trial for pinching, kicking and hitting her 2 maids 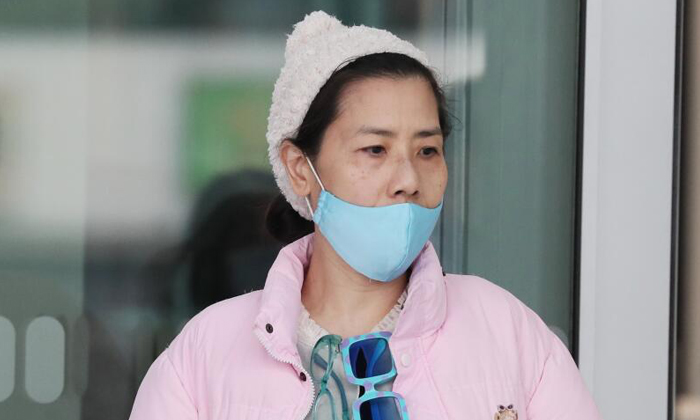 A 56-year-old woman who lives in a multi-million-dollar property in Sentosa Cove is contesting claims that she abused two of her domestic helpers.

Tan Lee Hoon was in court on Tuesday (Dec 8) at the start of a trial in which she is facing eight counts of voluntarily causing hurt to the Filipino nationals.

Both victims were employed by Tan's husband, 59-year-old Sim Guan Huat, who is currently facing charges involving the illegal employment of foreign nationals, including one of the maids - Ms Joan Lozares Lizardo, 33.

Tan allegedly pinched Ms Vegafria in the stomach, arm, thigh and chest on various occasions in September 2018 in her home.

She is also said to have kicked Ms Lizardo in the chest and hit her head in October 2018, and also struck her torso with a stick in another instance that year.

Court documents state that Tan's alleged acts of abuse came to light after Ms Vegafria's friend, another maid, called the Ministry of Manpower (MOM), which in turn informed the police on Oct 17, 2018.

Records by the Accounting and Corporate Regulatory Authority show that Sim is the owner of a company dealing with vehicle tyres and batteries, as well as a director in three other firms.

He is facing charges under the Employment of Foreign Manpower Act, according to court records.

He also allegedly conspired with another individual in 2015 to falsely state, in an application to the MOM for Ms Lizardo's work permit, that she was to be employed at another residence instead of his home.

Sim's case is expected to be heard in court on Thursday.

On Tuesday, Assistant Superintendent of Police (ASP) Lynn Tan testified that she was among a group of police officers present at Tan's house on Oct 17, 2018.

She had spoken to the victims then, who claimed that they were abused by Tan at multiple locations in the home, said the officer.

The maids were taken to Alexandra Hospital where they were examined by doctors, but were not required to be warded.

ASP Tan said that although there were multiple closed-circuit television (CCTV) cameras installed in the home, there was no footage stored in the CCTV server, as it was missing its hard disk.

Tan's trial is expected to resume on Wednesday, with one of the victims taking the stand.

If found guilty, she can be jailed for up to three years, or fined up to $7,500, or both for each offence.

Related Stories
Over 10 months' jail for woman whose maid climbed down 15 storeys to escape abuse
Woman slapped, pinched and hit maid with ladle, cup and shoes in abuse lasting almost 5 years
Jail for couple who abused maid until she fled through window in 'utter terror and desperation'
More About:
maid
maid abuse
court