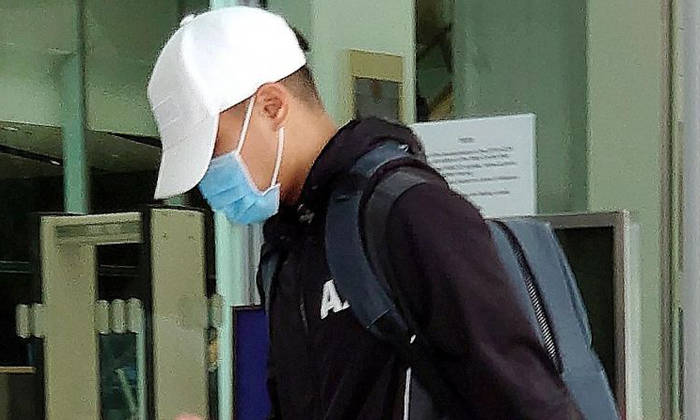 In a rare move, the People's Action Party Women's Wing has weighed in on a court case, saying it is dismayed at the sentence a National University of Singapore (NUS) student received for trying to strangle his former girlfriend.

In a short statement on Tuesday (July 21), the PAP Women's Wing said it has also shared its concerns about the sentencing with the Minister for Home Affairs, "who has committed to look further into the matter".

"The PAP Women's Wing and PAP Women Members of Parliament strongly denounce violence against women. Like many members of the public, we are dismayed that the sentence in this case appears disproportionate to the offence," the statement said.

Manpower Minister Josephine Teo, who is the chairman of the Women's Wing and Second Minister for Home Affairs, carried the statement on her Facebook page and in all capital letters, announced that the matter was "an issue of serious concern".

Dentistry student Yin Zi Qin was earlier this month given a short detention order of 12 days and a day reporting order of five months, whereby offenders have to report to a centre for monitoring and counselling, as well as undergo rehabilitation.

The 23-year-old was also ordered to complete 80 hours of community service over a year.

Following his sentencing, two petitions began circulating online, with one calling for a harsher sentence for the student, and another demanding NUS expel the student. The first one has garnered more than 13,500 signatures as of Tuesday and the other petition has more than 15,500 signatures.

Yin had pleaded guilty on July 17 to one charge of voluntarily causing hurt, with another charge of criminal trespass taken into consideration.

Yin was in his second year at NUS and had dated the 21-year-old victim for almost two years before she ended their relationship via WhatsApp on May 9, 2019.

That night, he entered her home with an access card she had previously given him and she returned home to meet him.

Yin pleaded with her not to end their relationship but when she refused, he hit his head against the wall before grabbing the victim's neck and trying to strangle her.

After she struggled, he released his grip and pressed his thumb against her eye, causing it to bleed. She blacked out as a result.

When she regained consciousness shortly afterwards, she found herself lying face down on the floor. Yin apologised to her but she told him to leave.

While he was climbing out of her bedroom, he heard the victim’s mother asking her who had hit her and Yin decided to return to the bedroom to apologise to her parents.

On his way in, he met her stepfather who swiftly pinned him to the ground. The victim’s mother called the police.

The victim’s vision was temporarily impaired as a result of the attack and she suffered a prolonged eye infection that took five months to resolve.

In August 2019, the victim reported that she did not suffer any permanent injuries, apart from a few scars on her neck.

In his judgment, District Judge Marvin Bay noted that the victim suffered a degree of psychological harm from the incident, which she said caused her to suffer from insomnia and nightmares of Yin breaking into her house or assaulting her.

But Judge Bay also said he was satisfied that Yin was not at high risk of reoffending.

He added that while it was plain to him that probation would not be appropriate, Yin's relative youth, rehabilitative prospects and lack of previous convictions made community based-sentences a viable option, rather than a conventional jail sentence.

Introduced in 2010, community-based sentences give the courts more options in sentencing criminals for minor offences so that the punishment fits the offence better. Some of these options include community work order, community service order and short detention order.

Offenders will retain no criminal records for the offence if the sentence is successfully completed.

In its statement, the PAP Women's Wing said it respects Singapore's institutions and judicial system, adding that it knows there are processes that allow legitimate concerns to be considered.

It also said: "As we have done before, we will continue to champion women's issues and their protection and advancement in Singapore, in Parliament and elsewhere as appropriate."

For voluntarily causing hurt, Yin could have been jailed for up to two years and fined up to $5,000.

Yin is currently facing disciplinary proceedings by NUS and has been suspended. The university said he is not allowed on campus.

Related Stories
NUS suspends dentistry student who tried to strangle ex-GF, pressed her eye until it bled and she blacked out
Survivor of BF's assault now hopes to help others: 'I put up with the abuse as I was scared to lose him'
Probation for NUS student molester: AGC files appeal against court decision
More About:
abuse
assault
NUS
student
couple
dispute
court