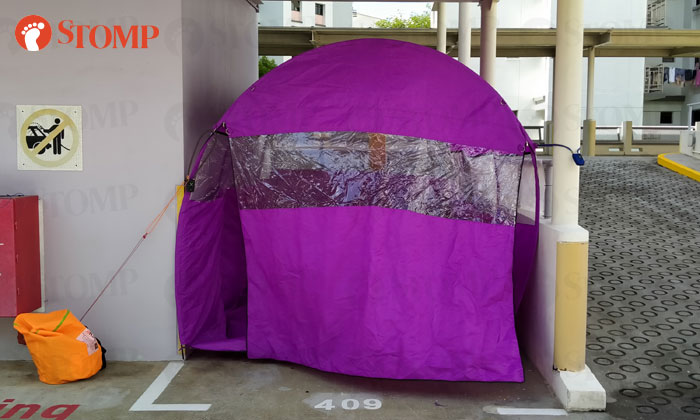 Pasir Ris-Punggol Town Council (PRPTC) told Stomp it removed an unattended tent from a multi-storey carpark at Block 146 Rivervale Crescent due to a security concern.

Stomper Lee alerted Stomp to the tent he saw placed in a lot on level 6A of the carpark on Dec 8.

"It was secured by padlock but there was nothing inside the tent," he said.

"There were no upgrading or construction works being carried out in the area but there was a sign that said 'Out For Lunch'." 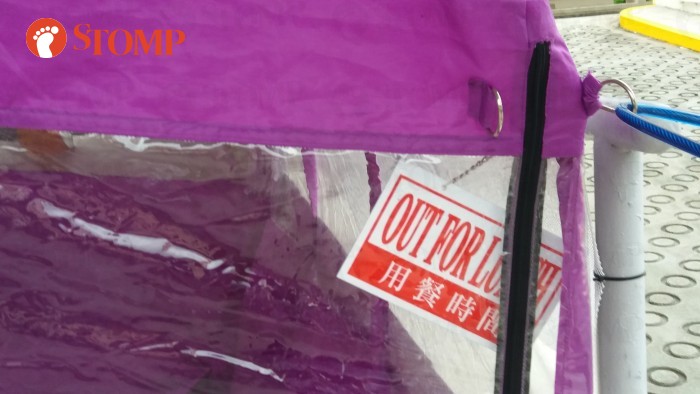 Stomp understands the tent was removed on Dec 10.

On Dec 12, the owner of the tent wrote to Stomp and said he was shocked when he found it missing.

He said he had bought it for $500 from China and had gotten it to protect his car from getting scratched.

"I developed a phobia of carparks after my car was scratched twice at my workplace's carpark," he said.

In response to a Stomp query, a spokesman from PRPTC said: "The town council has removed the unattended tent due to security concern."