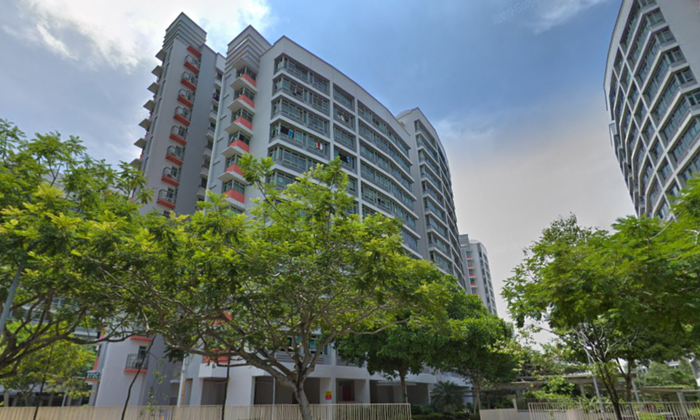 Noisy neighbours who create stomping, thumping and banging sounds at any time of the day in the past year have left Stomper Eileen at a loss over what to do.

The resident at Block 272C Sengkang Central said this has been going on since March even after attempts to speak to her neighbours living upstairs.

Eileen said: "I recall it starting around March or April as I wasn't working during that period.

"During that period, the stomping and banging sounds would begin at around 3pm and can continue till 5pm. The sounds would then start again around 8pm till after 9pm.

"The worst experience we had was when the noises started from 8pm till almost 11pm.

"This is a daily event and happens any time of the day! It can be an early weekday morning, in the evening when I am home, and sometimes late at night. Even weekends are no different.

"Every day, you will hear stomping sounds that make your furniture vibrate!

"From the living room till our bedrooms, you can hear stomping sounds like very heavy objects being thrown hard on to the floor! We don't know when our ceiling will collapse!"

Eileen, who recorded an audio clip of the noise on July 26, added: "This was in the evening when I reached home. I wanted to have my dinner and watch television programmes, but the stomping sounds started. It was so loud and causing vibrations on my sofa.

"It was very stressful and I could not have a peaceful dinner, which was why I recorded the sounds.

"I am really amazed, what exactly can they be doing upstairs?! Every day!"

Eileen also said that attempts to communicate with her neighbours have come to naught.

She told Stomp: "My husband texted the flat owner a few times. He would ask what time we heard the sounds and say that he wasn't at home etc.

"Then we realised that the sounds would stop after we informed him, only to start again after awhile."

According to Eileen, she has tried asking the authorities for help as well but to no avail.

"We were told that they had spoken to the owner of the unit above, and that disputes can be effectively and amicably resolved if neighbours are willing to communicate," she said.

"We did communicate with each other nicely. But things would only get slightly better for one or two days before going back to usual again."

Eileen, who described her situation as a "nightmare", added: "We have been really nice and enduring it for so long. But I don't think this is normal and it's affecting our daily lives.

"I find it ridiculous to stay in a house without peace.

"Please help us! We hope someone can investigate this."

On Dec 15, it was reported that a Bukit Panjang resident who has been plagued by noisy neighbours for the past two years had applied for an Exclusion Order in November to evict them from their flat.

According to The Straits Times, his application will be heard this month.

The Community Dispute Resolution Tribunal (CDRT), which was convened in October 2015, has never granted an Exclusion Order.

Most disputes that the tribunal has been alerted to involve disturbances by neighbours, with almost 70 per cent of the claims about excessive noise resulting in quarrels.

Related Stories
Teens keep residents up by playing basketball till late at Yishun
How to sleep with this racket? Youths play ping-pong at Woodlands void deck till as late as 4am
Hougang resident's sleep disturbed by youths making a ruckus at void deck -- at 12.30am
More About:
noise
noisy
neighbour
inconsiderate