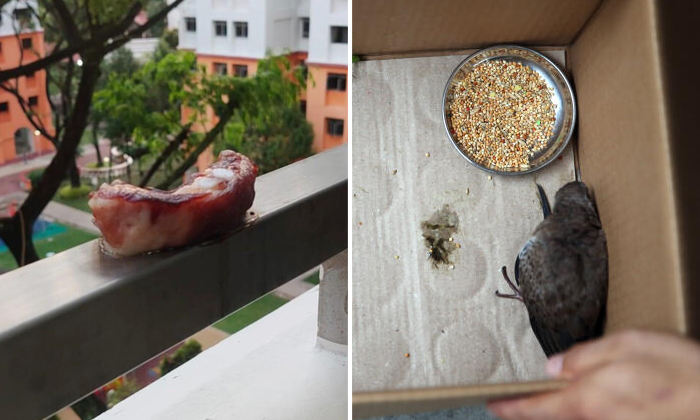 A resident in Sembawang who drew flak online for leaving raw pork out along a common corridor said the meat was meant for a crow.

The issue was first brought to light by a Facebook user, who posted about how her elderly parents had to tolerate their "unhygienic and inconsiderate" neighbour at Block 478 Sembawang Drive.

She said that the resident, a middle-aged man, had cluttered the corridor with potted plants as well as left a "raw piece of pork" on the handrail outside his unit since Thursday (Nov 12).

According to her, the pork was "causing blood and oil (to drip) till the unit below". 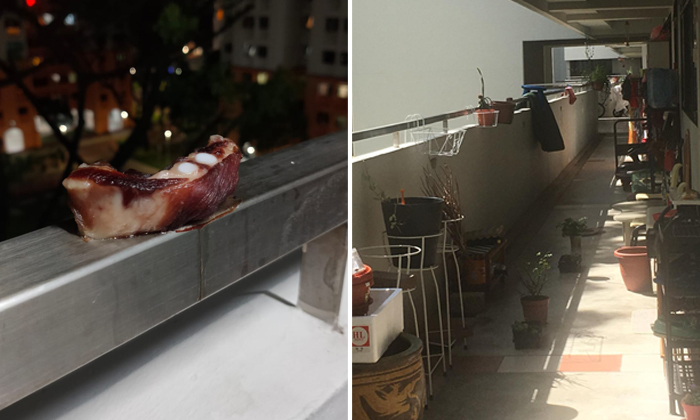 In response to a Stomp query, a spokesman for Sembawang Town Council said: "The pork and potted plants have already been removed when we visited the unit yesterday morning (Nov 16).

"The resident was apologetic, and assured us that this won't happen again."

"Our cleaners have also cleaned and sanitised the handrail for the other residents' peace of mind when using it."

The town council will also continue to monitor the situation and take appropriate action when necessary, added the spokesman.

A neighbour, who declined to be named, told Shin Min Daily News that the resident would often clutter the corridor with junk that he collected. However, this was the first time he left meat along the corridor.

Uncle Li, 52, subsequently clarified that he was not trying to dry the pork but had instead left it on the handrail for a crow to eat.

The animal lover said that he had seen a crow perching on a tree nearby. Worried that the bird would be hungry, he wanted to feed it.

"I previously saw people doing that in a coffee shop and wanted to imitate them, but I didn't expect the crow to not eat the meat," explained Uncle Li.

Not only did he bring home a snail to raise on Saturday (Nov 14), he also took a dying bird that he found on the road on Sunday under his wing, in hopes of nursing it back to health. 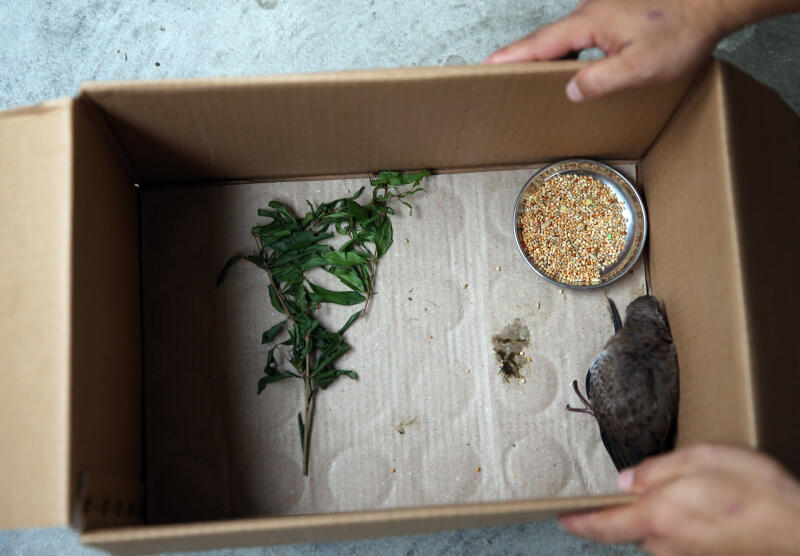 With regard to the corridor clutter, Uncle Li said that he is a part-time karang guni man. As he has no strength in his hands, he can only move the items into his flat periodically and had no intention of obstructing the pathway.