Selling fake branded items? You better think twice after 4 arrests made, $51k worth of goods seized 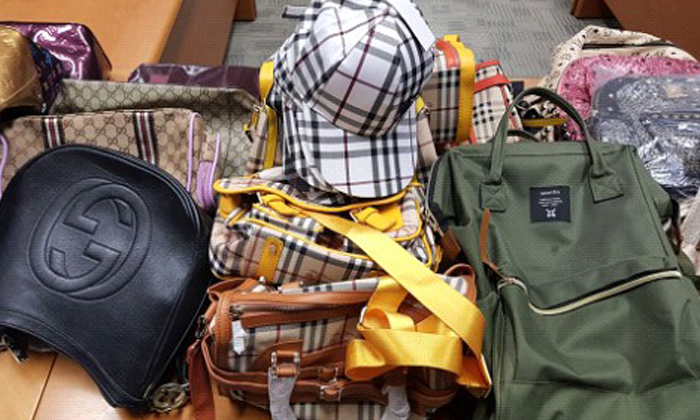 Two men and two women, aged between 28 and 49, were arrested for their suspected involvement in the sale of counterfeit luxury and sports items following a six-hour operation on Aug 23.

The two women are Singaporean, while one of the men is a Chinese national with a work permit. The other man is a Singapore permanent resident from the Philippines.

One of the women operated a shop with the Chinese national, while the other two operated a store each.

According to The Straits Times, they were all located on the sixth floor of Lucky Plaza at Orchard Road.

Police officers from the Criminal Investigation Department (CID) conducted simultaneous raids at the three stores and a residential unit at Bukit Timah, resulting in the arrests.

More than 1,700 pieces of trademark infringing goods such as footwear, apparels, bags, accessories, watches, pouches, wallets, belts and shoes were seized during the operation.

These goods had infringed the trademarks of various designer and sports brands, and are worth an estimated street value of about $51,235, said the police.

If found guilty of selling or distributing goods with falsely applied trademarks, they may be fined up to a maximum of $100,000 and/or jailed for up to five years.

The police said in a news release that they take a serious view against intellectual property right (IPR) infringements and will not hesitate to take action against perpetrators who show blatant disregard for Singapore's IPR laws.