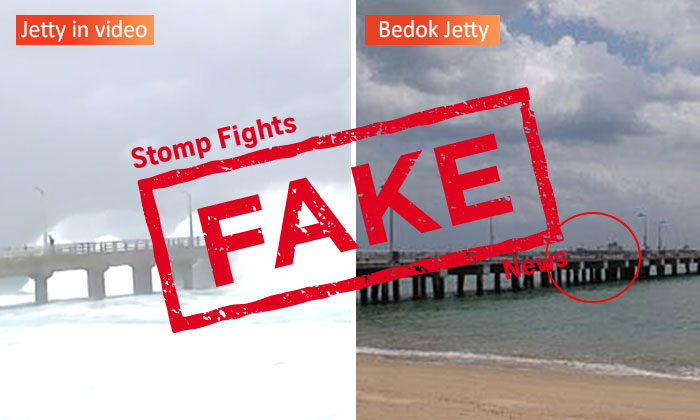 A video of strong tidal waves hitting a jetty has been circulating online, accompanied by a statement claiming that a tsunami had struck Bedok Jetty.

Stomper Chaz and Suaidi alerted Stomp to the video.

According to Suaidi, the statement claimed that the jetty in the video was the Bedok Jetty, and warned people to stay away.

“This happened an hour ago at Bedok Jetty so wherever you are, don't go (to the) sea side.”

However, eagle-eyed netizens are quick to point out differences between the Bedok Jetty and the jetty in the video.

While there are several shelters erected along the stretch of Bedok Jetty, these structures are clearly missing in the video.

This has led some to conclude that the incident did not happen in Singapore.

An accompanying caption explained that the video was taken at Minicoy Eastern Jetty, located on the island of Minicoy, India.

So if you're wary about visiting Bedok Jetty, you can put that worry to rest now.