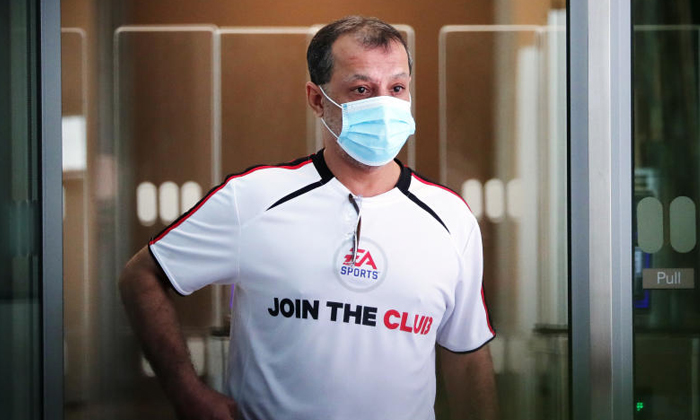 Unhappy with a colleague who he felt gossiped too much, a 49-year-old security guard added hand sanitiser into her water bottle as a prank - to "sanitise her mouth".

The victim, also a security guard, experienced pain and irritation in her throat after drinking from the bottle. She did not seek medical attention.

Dilip Kumar Gobind, a Singaporean, was fined $4,500 on Thursday (Sept 23) after pleading guilty to one count of committing a rash act with a harmful substance that was likely to cause hurt to another person.

The court heard that Dilip was working the night shift at a condominium in Bedok in April last year when he committed the offence.

He took the victim's water bottle, which was half-filled with water, from the guard house and squirted at least two pumps of hand sanitiser into it.

The victim, aged 54, tasted the sanitiser when she drank from the bottle the next morning, and spat some of the liquid out. But what she had consumed left a painful sensation in her throat.

She lodged a police report after an operations officer reviewed closed-circuit television footage of the guard house and identified Dilip as the miscreant.

Deputy Public Prosecutor Jason Chua sought a fine of between $1,500 and $2,000 for the accused.

He said a clinical toxicologist had assessed that the solution of water and hand sanitiser was unlikely to have caused serious injury to the victim.

In mitigation, Dilip said he had acted "in a spur of the moment" and regrets his actions. When questioned by the judge, he said he had called the victim to apologise but she did not wish to speak to him.

For the offence, Dilip could have been jailed for up to a year and fined $5,000.

Related Stories
Cleaner pushes elderly colleague during squabble, causing her to suffer hip fracture
Driver pointed laser beam at other motorists on KPE so that they would make way for him
Man arrested for shooting metal bolts and nuts at vehicles with homemade sling at Serangoon Central
More About:
prank
rash act
court