Security guard fails to get bed in SGH, incurs $78k fees after undergoing operation at Gleneagles 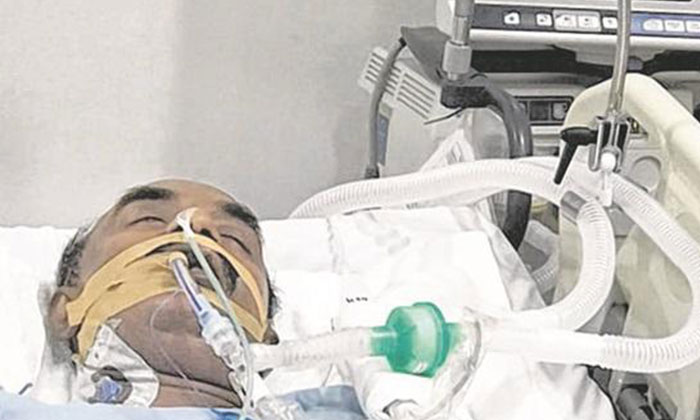 A security guard was allegedly handed a $78,000 hospitalisation bill after an operation at Gleneagles Hospital when he could not secure a place in a public hospital.

The family of the security officer, Mr Thomas Lukose, 55, has started a crowdfunding appeal online to solicit funds.

“We have been trying to get him transferred to Singapore General Hospital (SGH) where the cost will be lower, however, the efforts have not been successful as there isn't an Intensive Care Unit slot available, and it will be risky to keep waiting any longer.

“Therefore, we have no choice but to go ahead with operation at Gleneagles.”

Mr Lukose reportedly suffered a heart attack on Sept 12 at Gleneagles Hospital while he was working a night shift, and was taken to the emergency department immediately following the ordeal, reports The Straits Times.

His family wanted to transfer him to the National Heart Centre Singapore (NHCS) because his insurance would only cover him for subsidised care but ultimately called it off.

Mr Lukose’s severe condition made it necessary for him to be placed on a ventilator and warded In an ICU unit, but the NHCS had no spare beds in its ICU.

“After the first transfer request was unsuccessful, doctors at GEH proceeded with the patient's treatment plan to ensure the best clinical outcomes possible for the patient.”

In response to a media query, an NHCS spokesman told The Straits Times that the transfer could not be made immediately as there was no available bed in the coronary care unit (CCU).

The spokesman added that doctors from both Gleneagles and NHCS had discussed Mr Lukose’s condition on Sept 13, and agreed that he was too ill to undergo immediate surgery.

However, NCHS made arrangements to take over Mr Lukose care and offered him a bed on Sept 15.

“We had available surgical slots and would have been able to perform the surgery.”

The cardiothoracic surgeon who operated on Mr Lukose at Gleneagles Hospital on Sept 16 also supported the statement, saying that the patient was ‘critically ill’ and that ‘it would have been risky to transfer’.

He emphasised that treatment for the patient needed to be expedited.

Mr Lukose underwent an open-heart surgery with three coronary artery bypass grafts and has made an excellent, uneventful recovery confirmed the doctor.

Even though Dr Shankar did not charge for his service, Mr Lukose has been billed $78,000 by the hospital.

Mr Lukas’s work insurance will cover $13,500 while the rest will come from his medical insurance, Medisave or cash.