Search for other missing Singaporean kayaker called off, no new clues 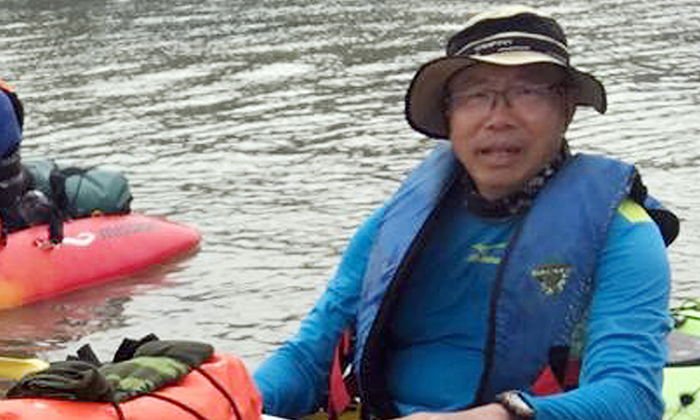 The search operations for missing Singaporean kayaker Tan Eng Soon was called off at 9pm on Sunday night, the Malaysian Maritime Enforcement Agency (MMEA) said in a press release yesterday.

Director of the Johor Maritime division, First Admiral (Maritime) Aminuddin Abdul Rashid, said in the press release: "Search and rescue (SAR) operations were terminated after no new clues were discovered, following the discovery of the female victim on Aug 14."

He added that the search would be reactivated if new clues are found.

Mr Tan, 62, and Madam Puah Geok Tin, 57, were kayaking around the Endau islands near Mersing, Johor, on Aug 8 with 13 others when they drifted away from the group amid rough conditions and went missing.

On Aug 13, the pair's double kayak and personal belongings were found near Tanjung Gelang, which is close to Kuantan Port in Pahang and about 30km south of Kemaman in Terengganu state.

Praising the efforts of the maritime community, fishermen and other locals, First Admiral (Maritime) Aminuddin said: "MMEA commends the highest honour to all parties involved directly or indirectly."

In a statement yesterday, the Ministry of Foreign Affairs (MFA) expressed its "deep appreciation to the Malaysian government and all Malaysian agencies" for their help in the SAR operations.

"We have been heartened by the support and assistance of ordinary Malaysians from all walks of life, especially the fishermen in the area who played a critical role in the recovery efforts. We express our deepest sympathies to the families of the two Singaporeans involved in a mishap... Our thoughts and prayers are with the families during this difficult time."