Screams heard as driver stops abruptly in middle of the road, causing accident 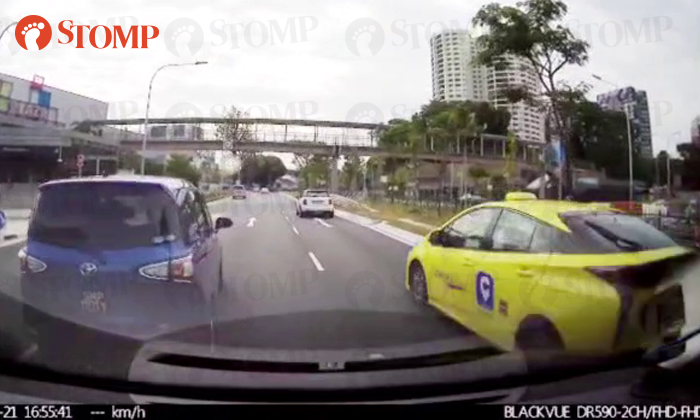 It was a rude shock for a driver and his passengers onboard after a fellow motorist abruptly stopped in the middle of the road.

The driver, Stomper William, was forced to swerve but hit another oncoming vehicle instead.

William shared dashcam footage of the incident that occurred along Upper Thomson Road towards Yishun on March 21, at around 5.45pm.

The Stomper recounted: "I had a woman and an eight-year old kid inside my vehicle.

"This driver (SMP 1101 Y) jammed on his brakes without signalling and stopped in the middle of the road.

"I swung to the right side and managed to avoid him, but hit someone else’s vehicle on the right.

"This joker was the cause of the accident and yet he just drove off, without even bothering to check if there were any injuries! What an irresponsible driver."

A woman can be heard screaming in the video, which also shows the errant driver simply continuing on his way after the incident.