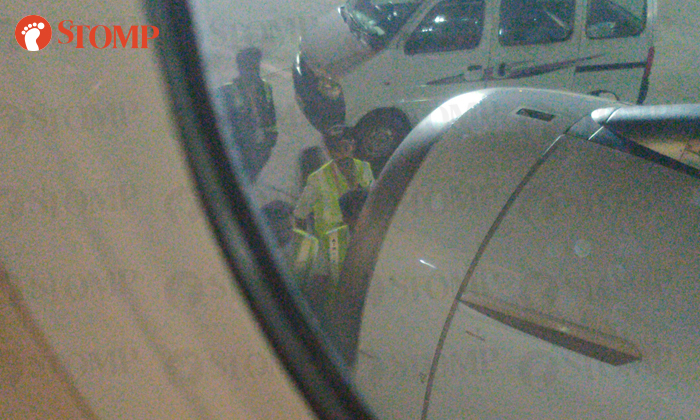 A Scoot flight from Trivandrum to Singapore was delayed after a bird struck one of the aircraft's engines on Sunday night (Dec 29).

Stomper Michael, who was on the affected flight, shared a photo of staff on the ground at the airport.

He told Stomp: "Shortly after take-off, a bird strike occurred in the right engine with severe vibrations that followed.

"The plane had to return to Trivandrum. Kudos to the pilots for the safe landing despite the damaged engine.

"After inspections, the aircraft was deemed unworthy due to severe damage of the engine according to the captain, and a recovery aircraft had to be sent from Singapore."

In response to a Stomp query, a spokesman for Scoot confirmed that Flight TR531 had to return to Trivandrum International Airport as a bird struck one of the aircraft’s engines shortly after take-off.

The spokesman said: "The aircraft had to be grounded at the airport for investigations and recovery."

A replacement Scoot flight was scheduled to depart Trivandrum on Dec 30, at 8.40pm.

"During the delay, customers were provided with hotel accommodation, with priority offered to children and the elderly," added the spokesman.