Scoot apologises for oxygen mask incident on Taipei flight, pilots to be retrained 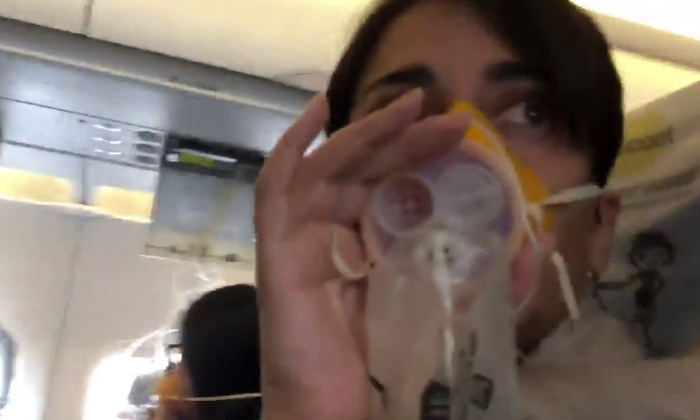 When oxygen masks were deployed on a Scoot flight as it was preparing to land, the passengers were puzzled.

Their confusion turned to concern when the pilot announced that problems with the aircraft had caused a drop in cabin pressure. They were told to put the masks on.

Fear then set in when the Airbus A320 descended rapidly and some passengers noticed a burning smell.

Ms Harpeet Kaur Bedi, one of the 178 passengers on Scoot flight TR996 from Singapore to Taipei on Sunday, took a video of the incident, which she posted on Facebook yesterday.

She said when the plane started descending rapidly, she made another video telling her children that she loved them.

"I swear I thought it was over... I really thought I was going to die," she said in the post.

"It was 30 minutes or so of this fear... I didn't know what would happen on impact."

In her first video, a child can be heard screaming hysterically as the pilot made the announcement.

Ms Bedi said there was a smell of "burnt wiring" when the oxygen masks were deployed.

To the relief of the passengers, the plane landed safely at Taoyuan International Airport in Taipei at around 1.15pm.

One of them, Ms Eve Phua, posted on Facebook that the cabin pressure was low and that there was a strong smell in the cabin during landing.

"Never felt so relieved after landing... first time wearing oxygen mask on board."

A Scoot spokesman told The New Paper yesterday that the plane has since been grounded for investigations and the pilots will be retrained.

She said the pilots had made "procedural decisions" during descent that caused a loss of cabin pressure.

"While the flight would have continued on safely, the operating pilots nevertheless decided to deploy the oxygen masks as a precautionary measure.

"The pilots will be undergoing retraining to address the gaps, and we apologise for the anxiety and inconvenience caused to passengers," she said.

The spokesman did not address the smell, but it has been previously reported that the oxygen generator can get extremely hot and emit a burning smell, which passengers need not worry about.

Spare parts have been flown in and additional tests will be carried out to ensure the plane is safe to fly before it is returned to service, said the spokesman.

"Scoot has been fully cooperating with relevant authorities in Singapore and Taiwan on the investigations and will continue to do so as required."

On March 12, Scoot flight TR993 from Taipei to Singapore experienced "technical issues" 1.5 hours into its flight and returned to Taipei. Scoot apologised for the incident.

Last December, Scoot flight TR899, also from Taipei to Singapore, was grounded due to an electrical component defect.

Scoot said 356 passengers were affected and apologised for the inconvenience.

Related Stories
Stomper stranded in Taipei on NYE after Scoot flight delay, back in Singapore after 2 days
Stomper's daughter among 321 Scoot passengers stuck in Athens for 2 days due to multiple flight delays
Stomper flying to Singapore faces over 24-hour delay due to technical issue on Scoot flight
More About:
Scoot
flight delay
delay
flight
airline