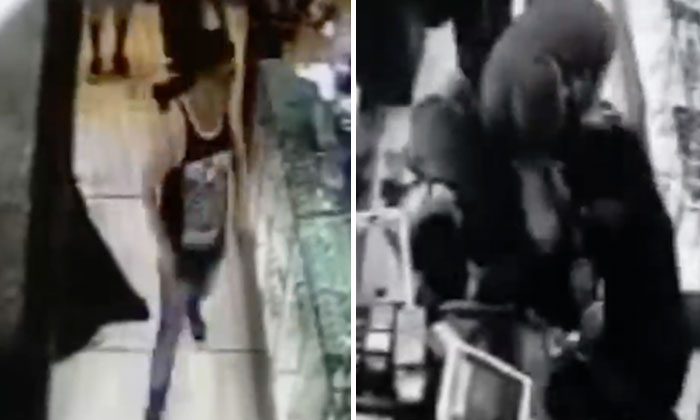 An 18-year-old man wielding a pair of scissors, entered various shops at Bedok Mall on Wednesday night (Dec 27), where he damaged property.

He was subsequently arrested.

According to a Facebook post by the police at 7.34pm on Wednesday, the man has a history of mental health problem and was arrested for public nuisance.

There were no reported injuries although the antic caused the public to scramble for safety.

Witnesses told The Straits Times that the incident had happened at 5.45pm.

The man had gone into some shops and messed up items while brandishing a pair of scissors.

He was later pinned down and restrained by a small group consisting of two security officers and an off-duty policeman, in the watch shop H2 Hub.

General Manager of Bedok Mall, Mustafa Abdul Rahim, said that the mall is assisting the police with their investigation.

“When he came in, there were already quite a lot of people going after him, trying to stop him. Later, some people tackled him and he just laid down and did not move.”

Less than 10 shops were affected in total, and the affected shops resumed operations on Thursday (Dec 28).

An employee from the Watches of Japan, Richard Ng, 57, said that he heard the man shouting gibberish.

Mr Ng quickly brought in the shop’s standee but forgot to keep a vase at the counter.

“He pushed the vase and broke it as he walked past us.”

The boutique manager from The Body Shop, Vivien Yang, 35, estimated the damages caused to be about $500.

“He came in and pushed some things down, like the small items and a stand. Luckily, he left soon after. We wereall hiding in the corner, it was quite frightening.”

The maximum penalty for public nuisance is a $1,000 fine.