SCDF volunteer on helping ITE student who fainted: I want to carry on serving with pride and care 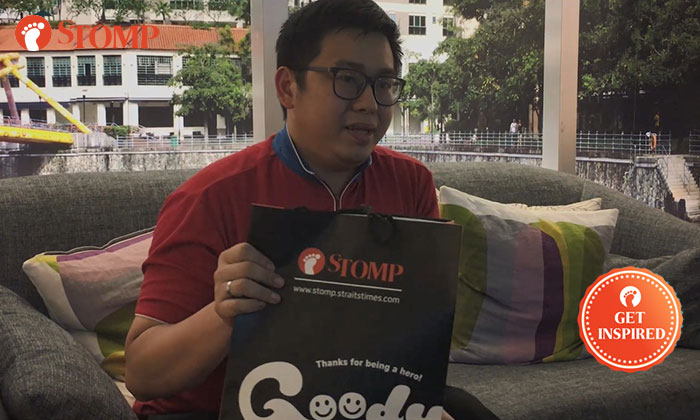 It never hurts to pick up extra skills, especially those that might one day save someone's life.

His colleagues know him as a dependable retail supervisor at NTUC FairPrice Xtra in Nex Shopping Centre, while friends know him as a volunteer firefighter.

For ITE student Amirul, Willam is something more -- A hero.

In an interview with Stomp, William talked about the incident that transpired on Monday (Jan 29).

William recalled that he was heading to work on bus service 160 when the ITE College West student suddenly collapsed in front of him.

Fortunately for Amirul, William was there.

William immediately attended to Amirul, utilising the life-saving skills he picked up as a volunteer in Singapore Civil Defence Force (SCDF) Auxiliary unit.

William first helped Amirul to sit upright, while asking him if he could stand.

Though feeble, William could make out Amirul's response to his questions.

"He kept telling me his legs felt weak. I asked him if he ate anything and he told me that he only had breakfast."

From what William surmised, Amirul could be feeling weak from hunger.

William and the bus captain then carried Amirul out of the bus.

The duo set Amirul down at a sheltered bus stop and William called for an ambulance.

He continued to massage Amirul's feet to smoothen his blood circulation.

Asked if he had performed CPR on Amirul, William said that he did not, as Amirul was coherent.

William and the captain also tapped on Amirul periodically to ensure that he didn't slip out of consciousness.

It was only after the ambulance arrived when William could take a sigh of relief.

Listen to William's interview with Stomp.

Related Stories
ITE student who passed out on bus wants to thank SCDF officer who saved his life
Guy tells you why you shouldn't look down on ITE students in touching video
Divorcee on verge of suicide now runs successful ban mian stall after listening to daughter's words
More About:
get inspired
inspiring
Stomp Goody Bag