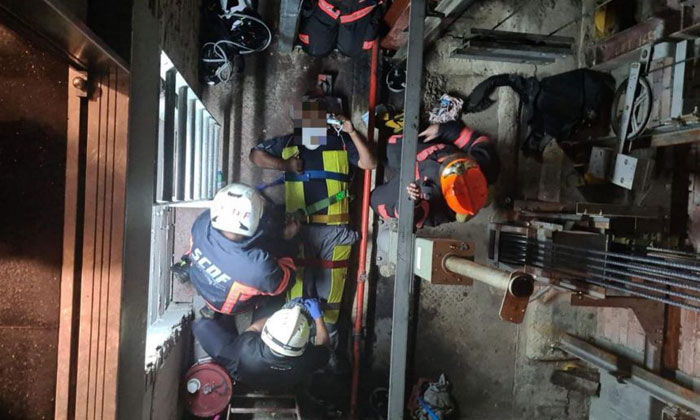 A lift technician was injured after an incident in a lift shaft at Paragon Shopping Centre on Saturday (July 17).

The Singapore Civil Defence Force (SCDF) said in a Facebook post that it received a call for assistance at around 4.20pm.

"Upon SCDF's arrival, a lift technician was observed at the bottom of a lift shaft. Firefighters from Central Fire Station immediately deployed a ladder from the first floor to gain access to the lift shaft," it said.

The man had injuries on the right side of his body. No details were given on what had happened.

The SCDF said he was secured to a stretcher and lifted out of the shaft with a hoisting system. He was then taken to Tan Tock Seng Hospital.

On Feb 27, a 29-year-old lift technician died after he was trapped in a lift shaft in a building in North Bridge Road while carrying out repair works.

He was found trapped in a narrow gap between a lift carriage that was between the second and third storeys of the building and the metal support structure of the lift.

It took about six hours to extricate the Bangladeshi worker in what SCDF said was a highly complex and delicate operation.