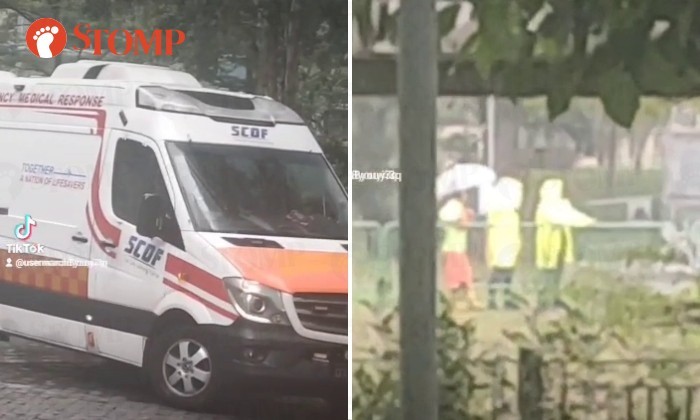 A 73-year-old man was found dead in Kallang River on Saturday (Nov 19) after a search by divers from the Singapore Civil Defence Force (SCDF).

Stomper Marco was on the way to work when he saw SCDF and police at Bendemeer Road near the river.

"Something is happening, I don't know what," said the Stomper, who shared a video of the scene.

In response to a Stomp query, SCDF said that it received a call for water rescue assistance at Kallang River near 38A Bendemeer Road at about 1.05pm.

"Upon SCDF’s arrival, there was no sign of the person. Divers from the Disaster Assistance and Rescue Team were deployed to perform an underwater search," said SCDF.

"The divers subsequently retrieved a body. The person was pronounced dead at the scene by an SCDF paramedic."

When contacted by Stomp, police said they were alerted to a case of suspected drowning at 11.45am.

"A 73-year-old man was pronounced dead at the scene by an SCDF paramedic," said police.