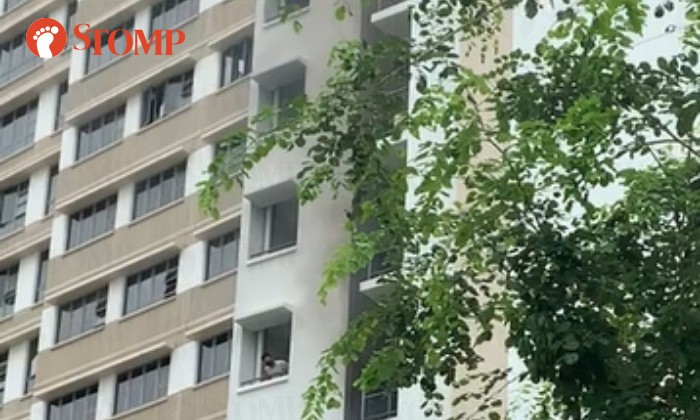 A fire involving the contents of a service yard broke out in a unit at Block 659A Punggol East on Saturday (Nov 28), resulting in Singapore Civil Defence Force (SCDF) officers having to conduct a forced entry to extinguish the fire.

Stomper Phua, who is a resident in the area, was on his way out when he spotted black smoke coming out from a window.

"When I saw the smoke, I immediately called SCDF. I only took a short video of the smoke and didn't manage to take more videos as I was rushing to call SCDF," Phua said.

"I'm not sure if anyone was in the house at the time, but I really hope no one got injured."

In response to a Stomp query, a spokesman for SCDF said they were alerted to the fire at 1.10pm.

"The fire involved the contents of a service yard in a sixth floor unit," added the spokesman.

"SCDF conducted a forced entry into the unit and extinguished the fire using one compressed air foam backpack."