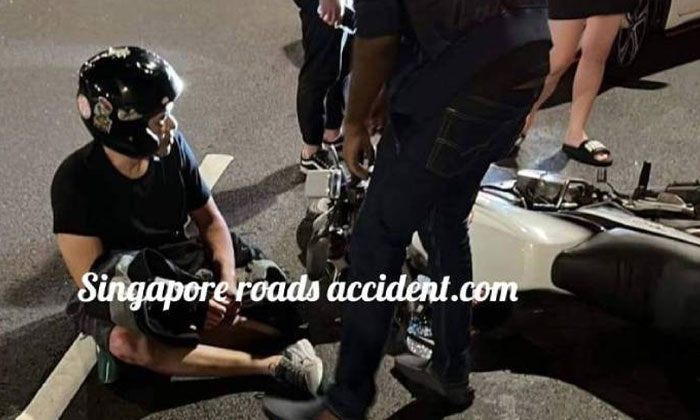 The Singapore Civil Defence Force (SCDF) is looking into an incident in which one of its 995 call responders is said to have hung up on a caller reporting a road accident.

The caller, known only as "Pam Kaur", posted about the alleged incident on Facebook group Singapore roads accident.com on Sunday (May 8), and claimed the 995 responder said she did not like her tone and hung up. 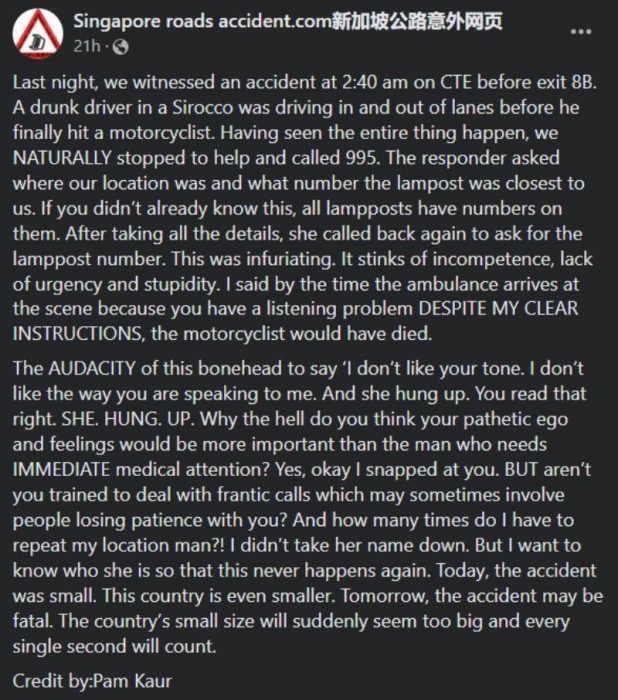 "SCDF is aware of a social media post highlighting the manner in which one of our personnel handled a phone call clarifying the location of a road traffic accident. SCDF is looking into the matter," said SCDF.

The caller said that she dialled 995 after coming across the accident involving a car and a motorcyclist on the Central Expressway before the Braddell Road exit at 2.40am on Sunday.

Over the phone, the caller claimed that the responder had repeatedly questioned the location of the incident and the number on the nearest lamp post, even though she had already provided the responder with the information.

"This was infuriating. It stinks of incompetence, lack of urgency and stupidity," wrote the caller in the post that has since garnered over 100 comments and 180 shares.

She added: "Yes, okay I snapped at you. But aren't you trained to deal with frantic calls which may sometimes involve people losing patience with you? And how many times do I have to repeat my location."