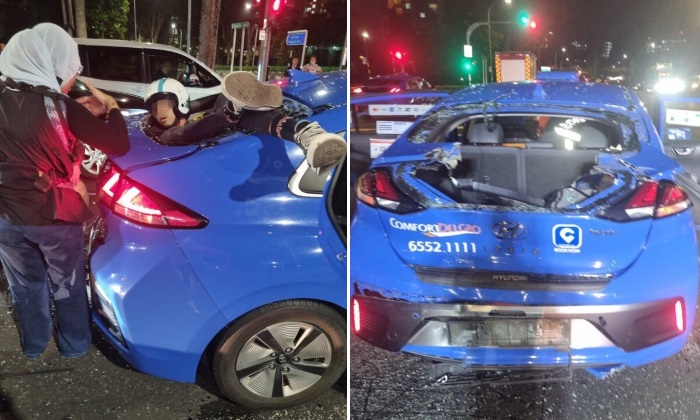 A motorcyclist was trapped in the back of a Comfort DelGro taxi after colliding with the cab in Bukit Batok on July 17.

He had apparently smashed through the glass of the rear windshield and was stuck in the frame.

One online photo shows a big hole in the back of the taxi after the man was freed while another shows the damaged motorcycle.

A witness told Shin Min Daily News that the rescuers took about 30 minutes to extricate the man from the taxi.

"One person was found trapped in the rear passenger seats of the vehicle. SCDF rescued him using hydraulic rescue equipment," said SCDF, adding that one person was taken to National University Hospital.

When contacted by Stomp, the police said the 20-year-old motorcycle rider was conscious when taken to hospital.