SCDF firefighters, some of whom were fasting, praised by MP Amrin Amin for putting out Little India fire 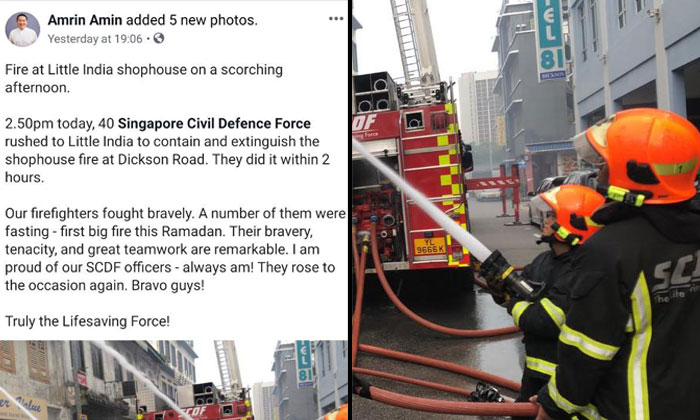 Stomp reported earlier on the fire that broke out at a two-storey shophouse at 14 Dickson Road after several Stompers alerted us to thick grey smoke rising into the air of the area.

The SCDF said they were alerted to the blaze at about 2.50pm and it was extinguished at around 4.10pm.

A total of 12 emergency vehicles and 40 firefighters were involved in the operation and six handheld jets were used to bring the fire under control.

"Our firefighters fought bravely," he wrote.

"A number of them were fasting - first big fire this Ramadan.

"Their bravery, tenacity, and great teamwork are remarkable.

"I am proud of our SCDF officers - always am!

"They rose to the occasion again.

According to The Straits Times, the first storey of the shophouse was sublet to a rag-and-bone man and three others.

Mr Lim said he was not sure what caused the fire as none of the occupants smoke or cook.

During the incident, a Pomeranian named Lucky was rescued by the police after its owner, retiree Peter Lim, 72, rushed down when he heard people yelling there was a fire. 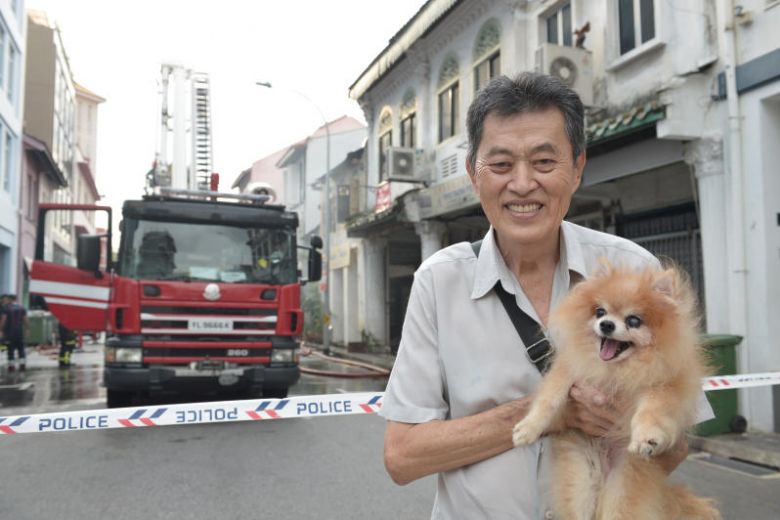 Mr Lim, who lives alone next door to the building that caught ablaze had momentarily forgotten about his dog, that has been with him for 10 years.

He was grateful when police rescued it when they were checking for remaining occupants.