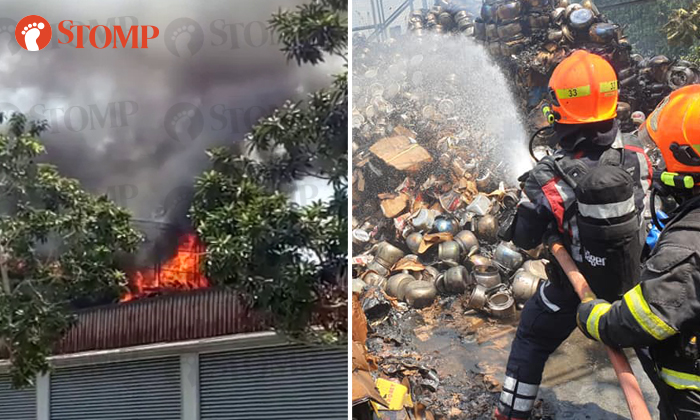 A fire broke out at the rooftop of a storage warehouse along Kim Chuan Drive in the Tai Seng area on Monday (Nov 18).

In a Facebook post at 11.48am, the Singapore Civil Defence Force (SCDF) said it was alerted to a fire at 29 Kim Chuan Drive at around 11.35am.

The fire, which involved stored items comprising kitchenware and other household materials located at warehouse's rooftop, was "raging" and "threatening to spread" when the SCDF arrived.

Umi, who works in the vicinity, told Stomp: "From my office, I saw three fire engines, one Red Rhino and around four to five police cars."

Paradox RT submitted photos of the scene and recounted: "I saw smoke billowing and heard sirens.

"The SCDF officers were working very quickly. I could feel their urgency!" 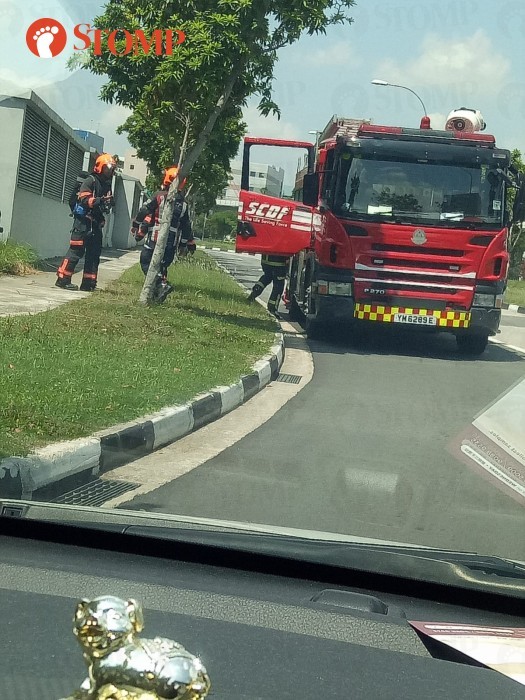 Stomper Roger said he spotted "thick smoke and many fire engines on site" when he drove past the scene at around 11.35am.

He added: "I could see that there was a big fire at the factory."

According to the SCDF, firefighters wearing breathing apparatus sets proceeded up the narrow and debris-filled stairway of the warehouse to conduct offensive firefighting.

Around 40 firefighters and 14 emergency vehicles were deployed.

"At the height of the operations, three water jets were used to bring the fire under control," added the SCDF in its post.

"Four occupants from the affected premises self-evacuated prior to the arrival of SCDF." 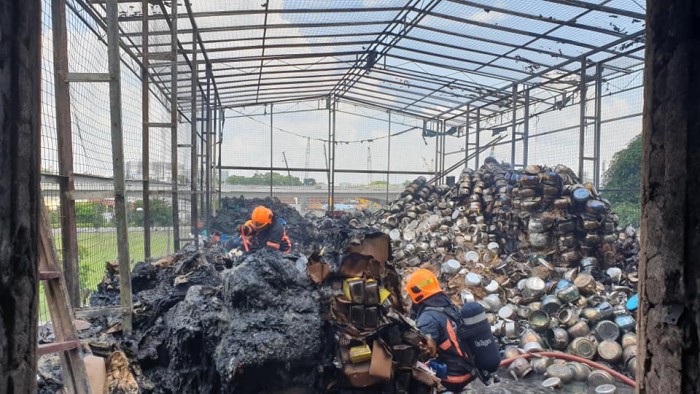 The fire was extinguished by 12.45pm and there were no reported injuries.

Damping down operations are ongoing and the cause of fire is under investigation.