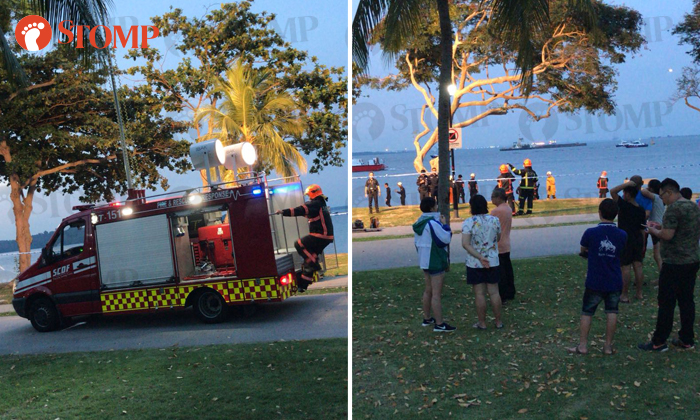 The Singapore Civil Defence Force (SCDF) is searching for a man who was last seen entering the waters of Changi Beach on Sunday (July 22).

Stomper Noraini, a logistics driver who was at the scene, contributed photos showing authorities responding to the incident.

She told Stomp: "It started from around 6pm.

"I happened to pass by and pulled over to have a closer look.

"A few families who were having picnics were being asked by the police for leads."

In response to a Stomp query, the SCDF said it was alerted to a water rescue case near Carpark 2 at Changi Beach at around 5.45pm.

"Based on information from eye witnesses, a man was last seen walking into the water and did not resurface," a spokesman told Stomp, adding that the SCDF is currently conducting an underwater search in the area.

When Lianhe Zaobao reporters visited the scene, they saw that a police cordon of around 10 metres had been set up at the beach, drawing a crowd of around 50 onlookers.

Three 'frogmen' from the Disaster Assistance and Rescue Team (DART) were dispatched to conduct the underwater search. 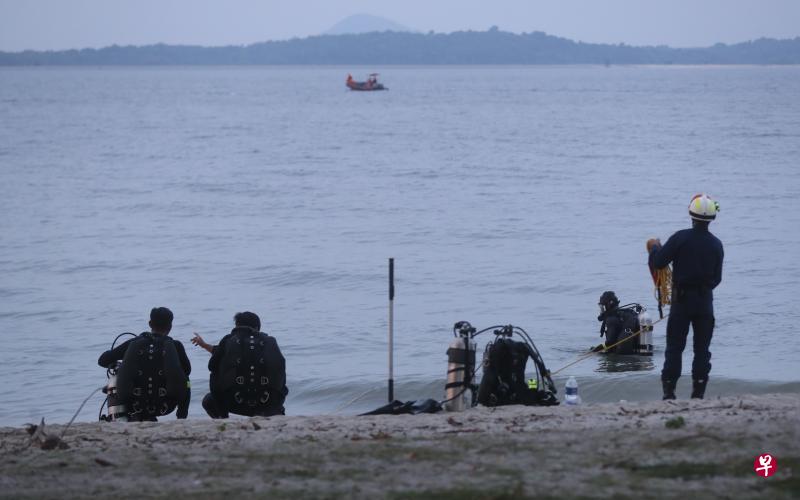 Related Stories
Thai cave rescue: These are the heroes who made it all possible
Lifeguards and man resuscitate boy who nearly drowned at Bukit Batok Swimming Complex
Well done! Heroic couple saves uncle who fainted on road at Jalan Besar
More About:
scdf
rescue
Changi beach