Victim told to make video of herself tied up, unaware it was used to demand ransom from her parents 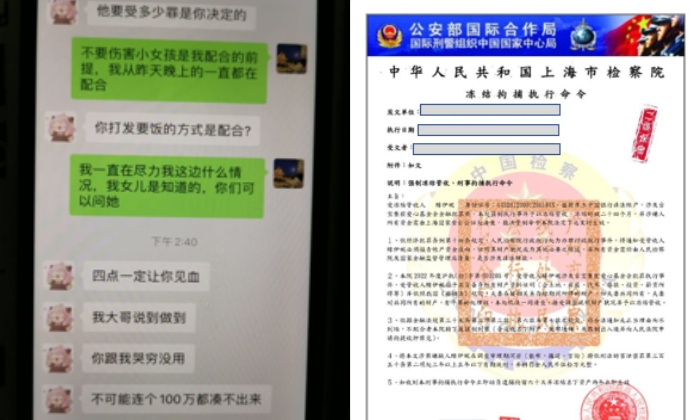 A 21-year-old woman has been arrested for her alleged involvement in a kidnapping scam which saw a victim cheated of more than $350,000.

The victim was also made to record a video of herself with her hands and legs tied up, so the scammers could use it to demand a ransom from her parents in China.

The police said the suspect was caught after they received a report on Tuesday that the victim, who is also 21, had supposedly been kidnapped.

"Prior to the report, the parents of the victim, who were based in China, received a video of the victim with her hands and legs tied up, with a ransom demand from an unknown person communicating in Mandarin," said the police in a statement on Saturday.

Police officers, including those from the Tanglin Police Division and Criminal Investigation Department, investigated the incident and found the victim safe on Thursday in a Yishun flat rented by the suspect.

The suspect was arrested for her purported involvement in the China officials impersonation scam.

The police said their preliminary investigations showed that the victim had received a call from someone claiming to be an officer from Singapore's Health Ministry.

The caller claimed a phone line registered in the victim's name had been used to cheat people in China.

"When the victim denied this, the call was redirected to another scammer purporting to be an officer from the 'China Police', who further alleged that a bank account in her name was also found to be involved in money laundering activities in China," the police said.

The scammer then told the victim to transfer more than $350,000 to specified bank accounts as supposed bail money to avoid being deported.

The victim was also told to record a video of herself tied up to assist in the purported investigations.

Following this, she was told not to communicate with anyone else and had to isolate herself in a "safe house".

The police said the victim was unaware that the video was sent to her parents in China, with the scammer demanding more money for her release.

After arresting the suspect in Singapore, the police learnt that she had acted on the scammer's instructions to rent the room for the victim.

She was also told to give the victim a mobile phone for her to communicate with the scammer.

Investigations into the case are ongoing, the police said, reminding the public that overseas law enforcement agencies have no jurisdiction to help with any investigations here without the Singapore Government's approval.

From January to August this year, a total of 476 China official impersonation scams were reported, with losses amounting to at least $57.3 million.