Scalpers selling tickets to Avengers: Endgame for up to $888 on Carousell 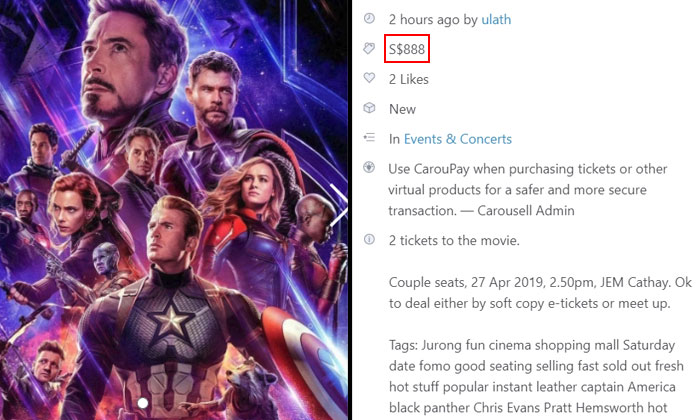 Scalpers are already selling tickets for the much-anticipated movie, Avengers: Endgame on the same day tickets went on sale.

Local cinema chains started selling tickets to the movie on Wednesday morning (Apr 10) and were met with high demand.

Many fans found themselves waiting more than an hour to access the site to purchase tickets.

It's not Endgame anymore, it's the waiting game now!

It's not Endgame anymore, it's the waiting game now!

This is probably why several lucky buyers thought they could make a quick buck by selling their tickets for a profit on online marketplace Carousell.

Stomper Marcus alerted Stomp to listings on Carousell ranging from a relatively reasonable $15 to hundreds of dollars. 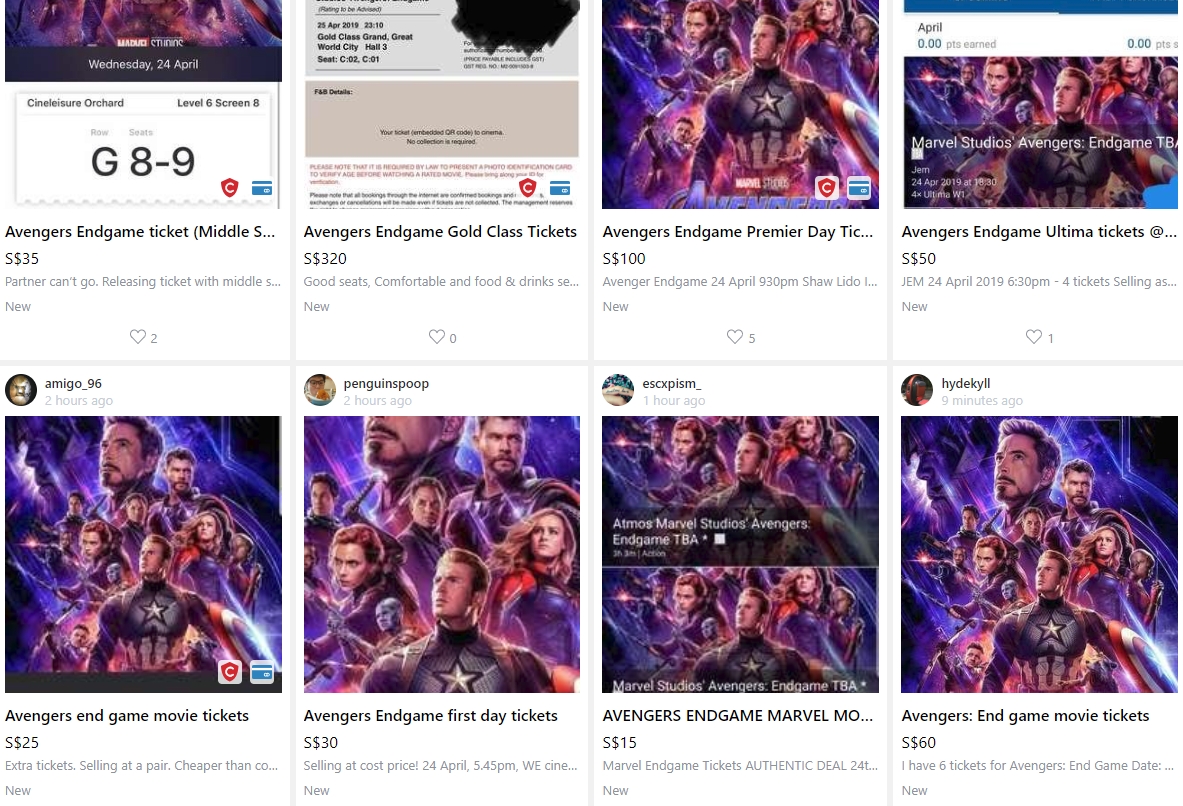 Netizens are flabbergasted by how much they are going for.

"It's a movie, not like it's a one-day screening only."

Stomp found one user selling a pair of couple seats to the movie that will be screened on Apr 27 at JEM's Cathay cinema for a whopping $888. 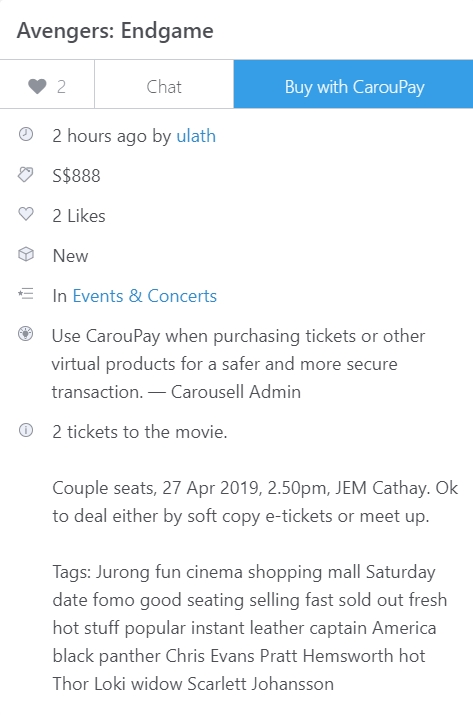 Netizens commented that the tickets were not even for the movie's premier day (Apr 24) and that the price could get them return air tickets to South Korea. 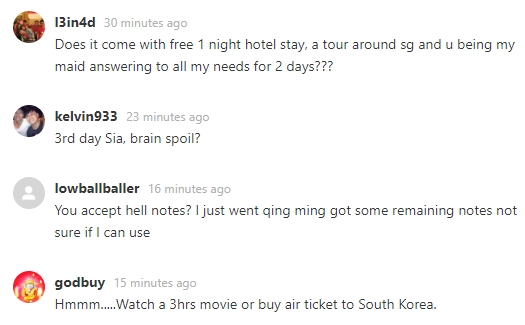 Are people that desperate to avoid spoilers that they would fork out so much to be among the first to watch the movie?

Related Stories
Missed out on tickets to Bruno Mars' concert in Singapore? You can get them online...for $999
It's like Coldplay all over again: Scalpers resell Ed Sheeran concert tickets at much higher prices online
Girl buys original concert tickets for $520 -- only to realise they're invalid, with money refunded to initial buyer
More About:
Carousell
expensive
tickets
movie