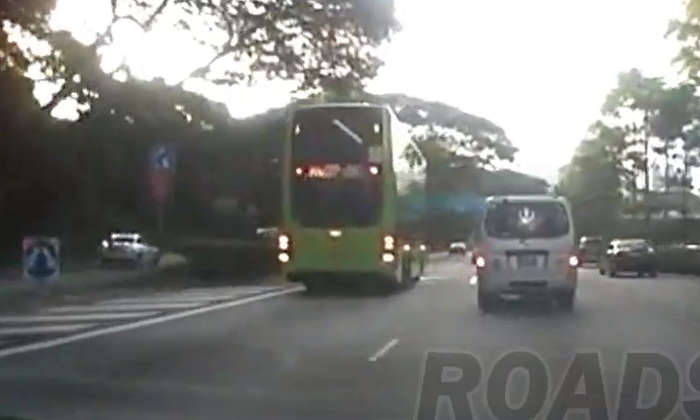 An SBS Transit bus driver who was caught on camera reversing his vehicle on the Ayer Rajah Expressway (AYE) after missing an exit has been suspended from driving.

The incident occurred on June 28 at about 7.51am, near the Lower Delta Road exit.

A video posted by ROADS.sg on Facebook shows the "dangerous manoeuvre" made by the driver of bus service 147e.

Driver missed the exit to Lower Delta Road and...

In response to queries, SBS Transit senior vice-president of corporate communications Tammy Tan said that the bus driver's actions were very dangerous and had put the safety of passengers and motorists at risk.

She told The Straits Times: "This is not something we condone and we will be taking disciplinary action against him.

"We have suspended him from driving duties with immediate effect."

According to Ms Tan, bus captains are aware that they should contact the Operations Control Centre for assistance if they accidentally go off route while on duty. This is for safety reasons.

"We apologise to affected commuters and motorists for any distress and inconvenience caused, and are thankful that no one was injured as a result," added Ms Tan.