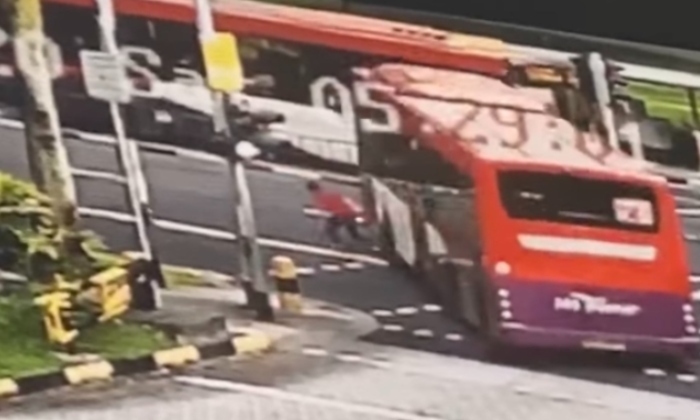 A bus driver has been suspended after hitting a 64-year-old pedestrian outside Toa Payoh Bus Interchange on Saturday (Oct 3), SBS Transit told Stomp.

The accident, which happened along Lorong 6 Toa Payoh, was caught on CCTV and the footage has been circulating on social media over the past few days.

A Stomper shared a video of the incident that was posted online.

In response to a Stomp query, Ms Tammy Tan, Senior Vice President of Corporate Communications at SBS Transit said: "Immediately after the accident which occurred outside the Toa Payoh Bus Interchange on Saturday evening (Oct 3), our ground staff was on hand to render assistance to the lady pedestrian.

"She was conveyed to the hospital soon after and received outpatient treatment.

"We are very thankful that she did not sustain any serious injuries and are extremely sorry that this happened.

"The bus captain in question has been suspended pending the outcome of investigations."

The police also said in a statement that they were alerted to the accident at 5.39pm.