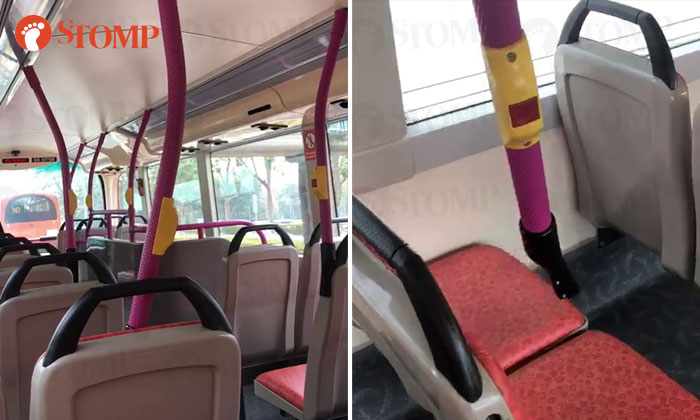 SBS Transit has responded to Stomp regarding an incident where a pole came loose onboard one of their buses.

Stomper Anis alerted Stomp to the incident after he boarded bus service 196 on Sep 10 at about 1.48pm.

He noticed that one of the poles on the bus had come loose.

"It was dangling and swinging around," he said.

"I was afraid that sooner or later, it would fly and hit someone."

In response to a Stomp query, Ms Tammy Tan, SBS Transit's senior vice president of corporate communications, said: "The pole had come off from its support as the two screws holding it in place were found to be loose.

"We have since rectified the situation.

"We are relieved that no one was hurt and do apologise for any inconvenience caused to commuters.

"We would also like to encourage commuters to report such matters to our Bus Captains so that they can be acted on as soon as possible."