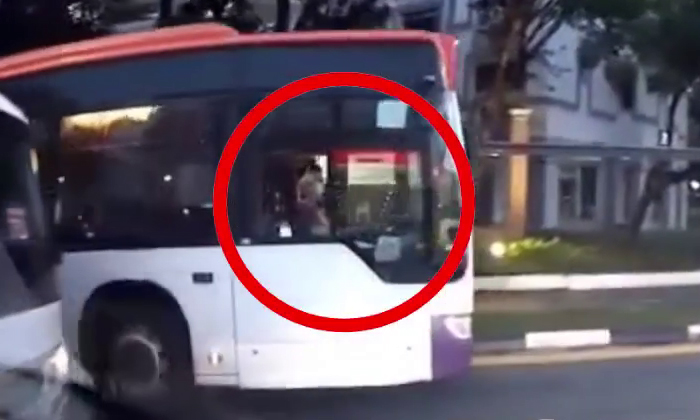 SBS Transit will be taking disciplinary action against a bus driver who was caught on camera flashing his middle finger at a car driver and his family.

The incident, which occurred along Tampines Avenue 7 on the evening of March 29, came to light after Facebook page Roads.sg posted a video of the bus driver's behaviour.

In the video uploaded online on Wednesday (Apr 6), the bus captain can be seen flipping his middle finger at a car driver, who also had his wife and three children onboard.

The car driver said he subsequently lodged a police report and filed a complaint with SBS Transit.

"We do not know (the bus captain) nor understand why he is raging," added the car driver in his police report. 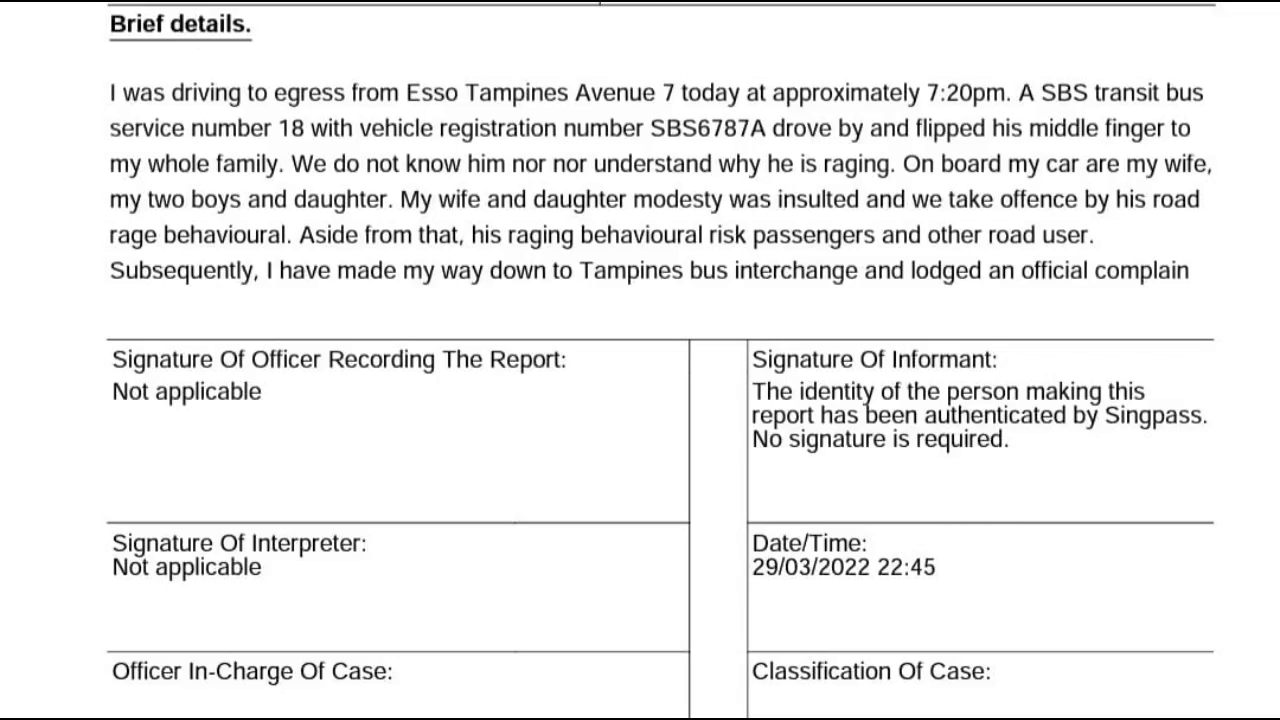 In response to a Stomp query, Mrs Grace Wu, vice president of corporate communications at SBS Transit, said: "We do not condone the behaviour of the bus captain concerned.

"In fact, we have zero tolerance for such unbecoming behaviour as this is not in line with the professional standards we expect of our employees.

"Accordingly, we will be taking disciplinary action against him.

"We apologise to the car driver for the distress caused to him and his family."