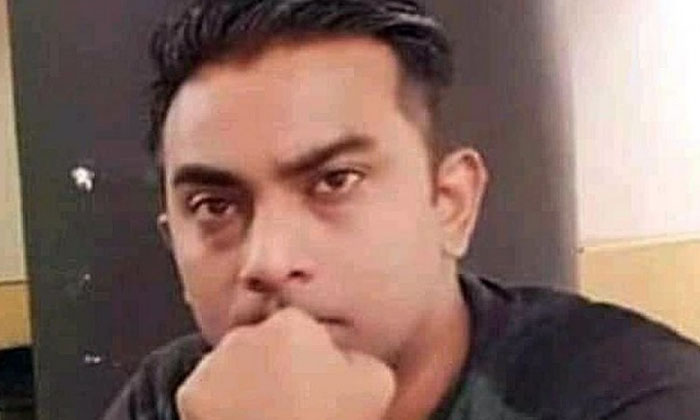 The father of two had been in critical condition in the intensive care unit of Sengkang General Hospital (SKH).

Spize's River Valley outlet prepared bento boxes for a Deepavali celebration on Nov 6 and he was one of 72 people who suffered gastroenteritis after eating the food.

According to The Straits Times, a total of 88 bento sets had been prepared by Spize for the event.

The Ministry of Health (MOH) said yesterday that nine people remained in hospital, in stable condition, while 36 had been discharged.

The party was held at security company Brink's Singapore premises in Kaki Buki and organised by the company.

Mr Fadli was an employee of Sats and had been deployed to Brink's Singapore's gathering, even though the event itself did not involve Sats.

A Sats spokesman told The Straits Times: "We are providing support to the family during this sad and difficult time."

Brink's Singapore said yesterday: "We are deeply saddened to know that the employee of our business partner has passed away. This is a tragic situation, and we offer our heartfelt condolences to his family.

"He was a loyal colleague with a strong work ethic and dedication to serving our customers and his colleagues. We will miss him.

"We keep working closely with public health authorities as they investigate the cause of the illness."

A joint statement by MOH, the National Environment Agency, and Agri-Food and Veterinary Authority on last Friday (Nov 9), said that the authorities were notified of the cases on Nov 7.and a joint investigation was conducted that day.

"Several hygiene lapses were observed, including leaving ready-to-eat food uncovered in a chiller, not providing soap for hand-washing (soap dispenser was faulty) and slotting knives for preparing ready-to-eat food in the gap between the food preparation tables," said the statement.

Mr Haresh Sabnani, Spize's co-owner, told ST yesterday before news of Mr Fadli's death was confirmed that "on that day, 221 bento sets were sent to six different locations, but only that one location was affected".

He added that he had reached out to Mr Fadli: "However, we received an e-mail from Sengkang General Hospital asking us to respect the family's privacy. So, we will be giving him and his family space."

When Mr Haresh was later contacted by ST, he said that he was aware of the news of Mr Fadli's death, but declined to comment further.

Mr Haresh, 40, founded Spize with his brother Anil, 43. They have three other outlets, in Bedok, Rifle Range Road and Siglap.