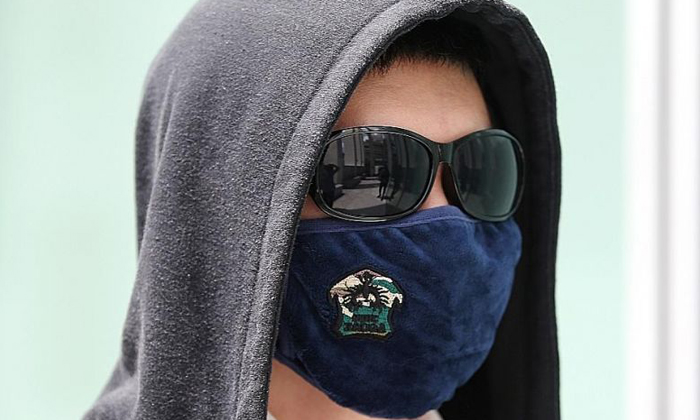 Shaffiq Alkhatib
The Straits Times
May 9, 2020

A 17-year-old youth, who is allegedly linked to a video of a teenager sampling drinks at an NTUC FairPrice supermarket before placing them back on a shelf, intends to plead guilty to one count of being a public nuisance.

Nigel Pang Yew Ming told a district court yesterday he will not be engaging a lawyer. He is out on bail of $3,000 and is expected to admit to his offence on May 22.

Pang and Quek Xuan Zhi, also 17, first appeared in court on April 9 after one of them purportedly sampled the drinks at the FairPrice outlet in Bukit Batok West Avenue 7 at around 7.45pm on Feb 6.

Court documents did not state which one of them sampled the drinks. The identity of the person recording the video was also not disclosed.

The clip was uploaded on Instagram and it later went viral. It had also caused public alarm in the midst of the Covid-19 outbreak.

Quek, who faces a similar charge of being a public nuisance, will be back in court on June 19.

In an earlier statement, police said they were alerted to the incident on Feb 8.

In the video, a young male is seen drinking from a bottle in the supermarket before putting it back on a shelf. He takes a second bottle and puts it back after sampling its contents.

A version of the video circulating online had the title "how to spread Wuhan", referring to the Chinese city that was the epicentre of the coronavirus outbreak at the time.

Offenders convicted of being a public nuisance can be jailed for up to three months and fined up to $2,000.

Related Stories
Two teens charged after one allegedly placed juice he drank back on FairPrice shelf
2 youths arrested for 'sampling' drinks at FairPrice and returning them to shelf, posting video online
FairPrice urges public not to circulate video of youth 'sampling' drinks and putting them back on shelf
More About:
Covid-19
court
unhygienic
disgusting
FairPrice