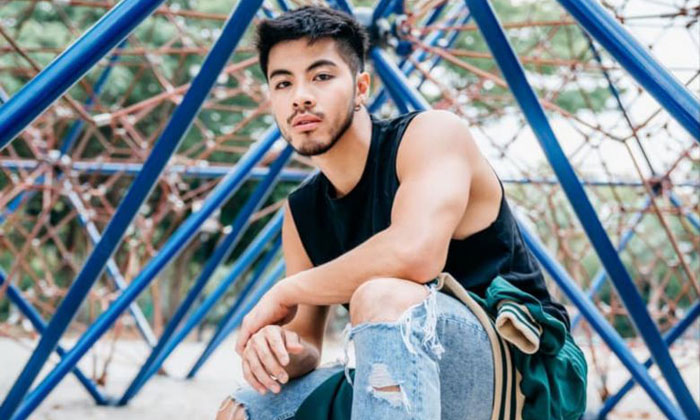 The pose suggested that Sam Willows singer Benjamin Kheng was aiming a gun at himself, which got some irate netizens firing back at him over his perceived indifference towards suicide.

Kheng was given "a picture reference to follow - Kurt smoking a cigarette in a gun posture".

While he had some reservations, he went ahead, adding "I wrongly recalled that he died of natural cause".

But Kheng said that even if he was mistaken, that was not an excuse since "this pose would still be considered offensive".

Kheng, who is also an actor, said he was totally responsible for the lapse in judgment since he was guest editor of the magazine issue, and had the "authority and opportunity" before the publishing date to change course.

"Some of you have rightfully pointed out the offensiveness of this image. I'm deeply sorry. The blame is on me for this mistake, and not on Men's Folio, which at numerous junctures allowed me the opportunity to review the issue.

"Suicide is not a commodity to be glamourised and should never be painted in a trivial and tokenistic light. My apologies to Samaritans of Singapore, of which I've been a spokesman for (in the past), and anyone else going through depression of any degree."

His apology has drawn praise from netizens who applaud his stand to take responsibility for his acts.

Besides Cobain, Kheng, who was one of the artists featured in this year's National Day Parade theme song Our Singapore, also posed as Elvis Presley and David Bowie.