SAF regular dies after getting hit by falling branch in Brunei 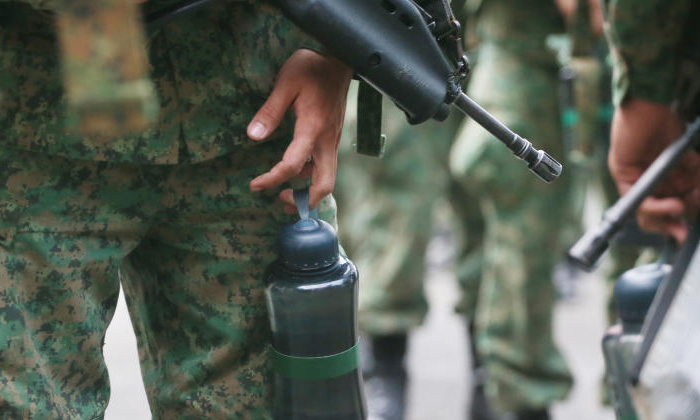 A regular from the Singapore Armed Forces (SAF) died after he was hit by a falling tree branch while supervising contractors doing maintenance work at a helicopter evacuation site in Brunei at about 8.30am on Tuesday (Oct 9).

Resuscitation efforts were performed on site on Third Warrant Officer (3WO) Muhammad Sadikin Hasban, 33, said Mindef in a statement on their website.

He was then conveyed via helicopter and ambulance to Raja Isteri Pengiran Anak Saleha Hospital (RIPAS).

An SAF doctor continued to resuscitate him en route to the hospital before they arrived at 10am.

He later succumbed to his injuries and was pronounced dead at 11.50am.

The Assistant Chief Company Trainer was supervising contractors who were clearing vegetation at the helicopter site at the time of the incident.

Arrangements have been made by Mindef for 3WO Sadikin's family members to be flown to Brunei.

His body will be flown to Singapore today (Oct 10) in a military aircraft.

"Mindef and the SAF extend our deepest condolences to the family of the late 3WO Sadikin," said Mindef.

"The SAF is assisting the family in their time of grief and investigating the incident."