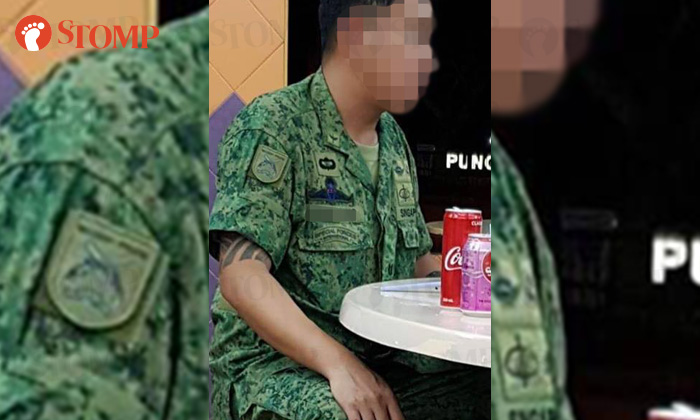 A man was spotted in Punggol donning a Singapore Armed Forces (SAF) No.4 uniform with an insignia suggesting that he is a high-ranking officer.

From a photo uploaded on Facebook page The Reservist, the man can be seen wearing the SAF green pixelated No.4 uniform with what appears to be the rank of a Major.

A "Special Forces" tab can be seen sewn onto his uniform, alongside various other badges and patches.

The number of badges and patches has caused some confusion amongst netizens online.

Some have pointed out that the badges have been placed in the wrong positions on the uniform, leading people to believe that this man may be impersonating an SAF personnel.

The man also appears to have a tattoo on his upper right arm.

In response to media queries to The Straits Times, the Ministry of Defence said that they were aware of the matter and are currently conducting investigations.

"Impersonation of SAF personnel is a serious offence, and offenders will be liable for prosecution," added Mindef.

Based on comments in the Facebook post, the man has also been seen in other locations around Punggol and Hougang.