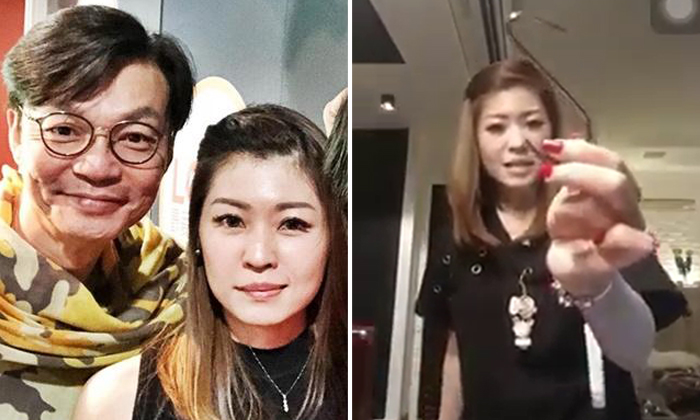 The woman who shot to fame after Facebook Live videos of her selling clothes for her online store went viral has caught even the attention of local celebrity Mark Lee -- as well as haters.

Lee, who said that Lerine reminded him of a younger Patricia Mok from 10 years ago, sang her praises in a Sep 29 interview:

"Her sense of humour is very natural. Some people annoy others when they speak Singlish. Unlike other people when they are talking about sex organs, she does not give others the feeling that she is crude or low-class.

"She is really funny and quick-witted, and it's really amazing how she can switch here and there between English, Chinese and Hokkien.

"We initially joked that she could sign a three-year contract and get two years free, hahaha, but we signed two years plus another two years to try first. After all, she has children and a family."

Lerine revealed that she personally tries on every piece of clothing that she wants to sell -- including men's boxers.

During her live videos, she also makes it a point to remind people not to buy something if the item did not suit their figure.

Lerine said she previously manned a pushcart selling clothes at West Coast Plaza for three years. She had started live-streaming on Facebook in order to get rid of the leftover apparel.

"I never thought that in these six months, business would keep getting better. Each live-stream would have over 1,000 viewers online."

However, her brisk business has also led to 'attacks' by other Facebook Live sellers.

While some people set up fake accounts to order clothes from her without paying for them, there were also those who started 'price wars' by selling the same items below cost price in order to compete with Lerine.

Lerine, who does her live-streaming after office hours, added: "My husband was initially unhappy [about it], but he started supporting me when he saw the sense of satisfaction that I got from my videos."