'Ruffian' who's banned from AMK supermarket refuses to leave, hurls vulgarities at staff 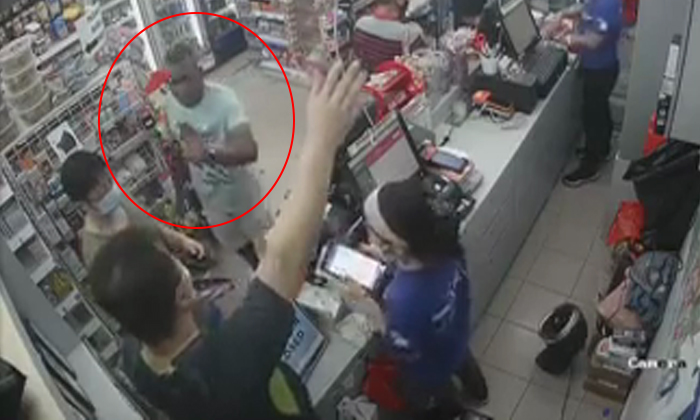 A man who verbally abused staff at a supermarket in Ang Mo Kio despite having been banned from entering the premises has been arrested by the police.

Angel Supermart posted a Facebook video of the man kicking up a ruckus at its Ang Mo Kio outlet last Thursday (Sep 24).

The supermarket said in a caption that the man had been causing trouble for years, adding: "When can our staff get protection from ruffians like this?"

It also said: "We have had supervisors and staff who quit in fear, he makes personal threats against the safety of our staff, till nobody dares to report to work.

"Now during covid he refuses to wear his mask also."

This is despite Angel Supermart banning the man from entering their store.

In the video, the man can be heard hurling vulgarities and making disparaging remarks against employees at the supermarket.

A staff member is then heard telling the man, "My boss ah, tell you, you cannot come in," only for him to reply, "I don't wanna talk to you also lah."

In a statement on Friday (Sep 25), the police said they have arrested a 54-year-old man for his suspected involvement in a case of criminal trespass.

This comes after they received a call for assistance "regarding the man who was creating nuisance at a supermarket along Ang Mo Kio Avenue 4" on Sep 24, at around 6.15pm.

"Preliminary investigations revealed that the man was banned by the shop owner from entering the supermarket," added the police.

"Despite being asked to leave the supermarket by the staff, the man continued to rant profanities at the staff. The man was also not wearing a mask during the incident."

Through investigations, officers from Ang Mo Kio Police Division established the man's identity and arrested him on Friday. He was charged in court on Saturday.

The man is also being investigated for his alleged breach of safe distancing measures and intentionally causing harassment under the Protection from Harassment Act.

In a subsequent post on Sunday, Angel Supermart thanked the police "for personally coming down to speak to our team, to reassure us" and said that "the promise of more regular patrols certainly is welcome."