Rubbish chute in Bukit Batok choked due to mechanical fault, has been cleared by Town Council 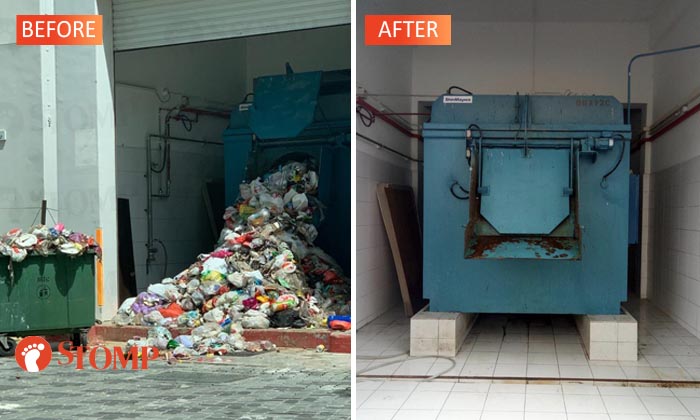 Stomper Haz noticed that a centralised rubbish chute at Block 292B Bukit Batok East Avenue 6 had been overflowing since Sunday night (June 16).

The next day (June 17), Haz took a photo of the overflowing rubbish chute and told Stomp that he hoped something could be done to resolve the issue.

In response to Haz's photo that was posted on Facebook, Instagram and Twitter on Tuesday (June 18), Jurong-Clementi Town Council (JRTC) said that the rubbish chute was choked due to a mechanical fault.

JRTC said in a statement: "On the morning of Monday, June 17, we noticed the choke at the centralised refuse chute of Block 292B Bukit Batok due to a mechanical fault.

"By noon time, the refuse chute was functioning normally and refuse was cleared.

"The posted photo was taken during the operation to clear the choke."