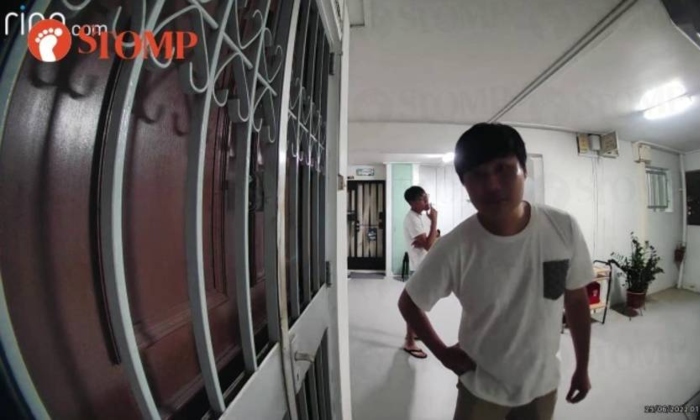 The two navy servicemen who solicited a donation from a Houagang resident last month did so out of mischief under the influence of alcohol, said the Republic of Singapore Navy (RSN).

Both men have expressed remorse over their actions, said the Ministry of Defence said in a Facebook post.

The ministry added: "The RSN holds our service personnel to high standards of discipline and integrity, and expects them to be law-abiding citizens. The two servicemen were summarily trialled on July 20, and actions will be taken against them, which include financial penalties."

Separately, the police have looked into the case and will not be taking any further action against the two men.

Stomp earlier reported that Stomper B had made a police report after the duo rang the doorbell of his Hougang unit on June 25 at about 1.21am.

They were caught on video claiming to be "student volunteers" and asking for a donation.

They were also seen "smoking and prowling" along the corridor since 1.15am.

The Stomper was not convinced they were student volunteers doing a donation drive, especially since they looked to be "in their late 20s or early 30s".