A 37-year-old man has been arrested for allegedly making a bomb threat on board a Singapore Airlines (SIA) flight from San Francisco that landed in Singapore early on Wednesday morning.

The Straits Times understands that the man arrested is a foreign national.

Fighter jets were circling around us for a good hour until we landed. I thought someone important just arrived and didn’t know that was us This guy yelled at the back of airplane saying there is a bomb. 4 hours delay because of this guy and he got arrested.
Singapore! Here I am pic.twitter.com/hcf1wQlrpo

SQ33, which left San Francisco at 10.26pm on Monday, was escorted by two Republic of Singapore Air Force (RSAF) fighter jets, which landed at the Changi Airport at about 5.50am on Wednesday, according to the RSAF and police.

The police was informed of the alleged bomb threat at about 2.40am on Wednesday.

The aircraft was then taxied to a remote area of the airport for security checks, according to a Singapore Airlines spokesman.

“Teams from the Singapore Army’s Chemical, Biological, Radiological and Explosives Defence Group and Airport Police Division were on site to verify the claims. The threat was subsequently verified to be false, and the suspicious person has been arrested,” said Mindef on Facebook.

After the security checks were completed, the aircraft was towed to Changi Airport Terminal 3. 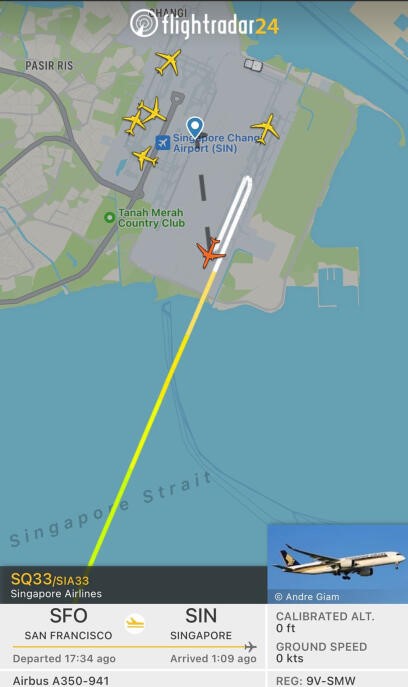 "Preliminary investigations indicate that a 37-year-old male passenger had allegedly claimed that there was a bomb in a hand-carry bag, and had assaulted the crew," the police said.

"He was restrained by the crew, and subsequently arrested by the police under Regulation 8(1) of the United Nations (Anti-Terrorism Measures) Regulations and for suspected consumption of controlled drugs. Police investigations are ongoing."

Visibly tired passengers from that flight appeared at the terminal at about 9.20am and were ushered away from their original belt to another place to collect their luggage. 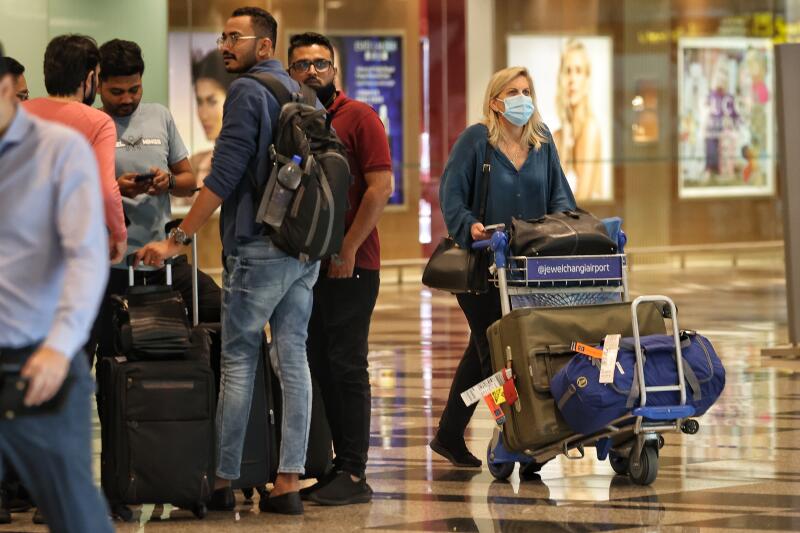 "Singapore Airlines apologises to all affected customers for the inconvenience caused by this incident. We are assisting our customers with the rebooking for any onward connections that they may have missed," said the airline's spokesman.

Under Regulation 8(1) of the United Nations (Anti-Terrorism Measures) Regulations, it is an offence for a person to make false claims that a terrorist act has been, is being or will be carried out.

Those found guilty can be punished with a fine not exceeding $500,000 or with imprisonment for a term not exceeding 10 years, or both.

In March 2019, a woman and a child were held for questioning after the pilot of SQ Flight 423 - from Mumbai to Singapore - raised a bomb threat alert. The aircraft was escorted safely back to Changi Airport by two RSAF F-16 fighter jets.

In April 2018, a passenger on a Hat Yai-bound Scoot flight joked that he had a bomb in the bag. The plane made a U-turn, with fighter jets from the RSAF scrambled to escort it back. Hsu Chun Meng was later fined $4,500 for breaching the Protection from Harassment Act by using threatening words to cause alarm.