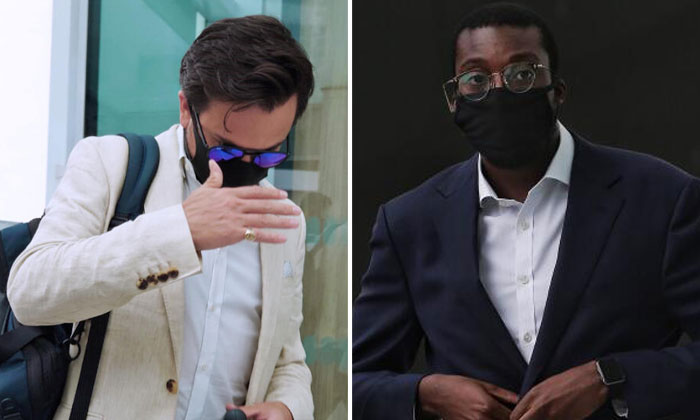 Another two men have been charged over their alleged involvement in an incident last month, in which people were seen gathering in the Robertson Quay area.

The British nationals were accused of meeting each other near Limoncello @ Robertson Quay, a restaurant, in the afternoon of May 16 for the purpose of "chatting and drinks". Court documents did not state if they are on work passes.

The two men were among nine individuals charged in connection with the incident.

Photographs of crowds along Robertson Quay, which showed people failing to keep a distance of 1m from one another, went viral on social media last month.

Most of the people in the photographs were not wearing masks, while some had their masks lowered as they spoke to one another.

The Urban Redevelopment Authority subsequently issued a directive on May 17 to some restaurants at Robertson Quay, barring them from selling alcohol for takeaway, as such sales contributed to more people gathering in the area.

The Ministry of Manpower said in a statement on June 1 that foreigners working in Singapore on work passes must abide by the country's laws.

It added that those convicted of offences risk having their work passes revoked and face an employment ban.

Waring and Olasunkanmi were represented by Mr Shiever Subramaniam and each was offered bail of $3,000. They are expected to return to court on July 7.

If convicted, both men can each be jailed for up to six months and fined up to $10,000.