Rise in abandoned bunnies expected in Year of the Rabbit: SPCA reminds public to be responsible in adopting and buying pets 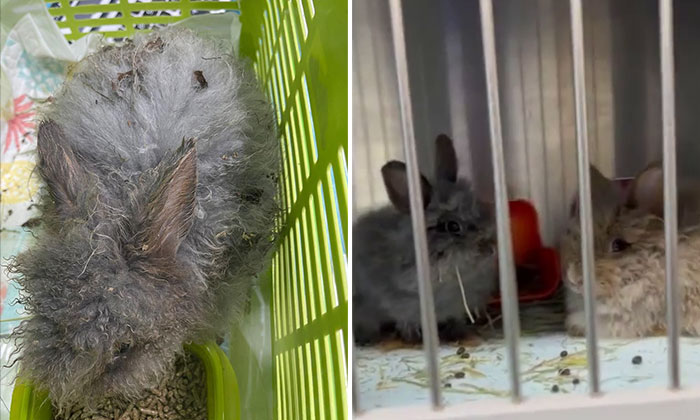 The Society for the Prevention of Cruelty to Animals (SPCA) has observed a concerning rise in abandonment cases over the years, particularly with small mammals such as rabbits and hamsters.

Last December, a Stomper alerted Stomp to an incident where abandoned rabbits were found in Bukit Batok.

Five rabbits were spotted at Lorong Sesuai on Dec 12, 2022 by a rescuer who took in one of the bunnies and alerted welfare groups.

Bunny Wonderland, a private rescue group, took in two while the other two were rescued by the House Rabbit Society Singapore (HRSS), a volunteer-run non-profit organisation that rehomes abandoned rabbits.

Bukit Batok Park Rescue Last evening, we received a SOS msg from a lady who had rescued a roaming rabbit at a park at Bukit Batok. She mentioned at least 4 other rabbits were spotted there but the rescuers were unable to reach them as it was getting dark and the area was huge. We put up an appeal for rescuers this morning. Fortunately, our adopter, Jim was able to head down early and was lucky enough to spot and successfully rescued 2 rabbits. 1 other rabbit was spotted nearby but it was very cautious. Jim had to leave, and by this time, more help had arrived and they continued with the rescue mission. They managed to rescue the rabbit, and 1 more white rabbit at another area. All 4 rabbits were successfully rescued! Thank you to all the buntastic rescuers! HRSS and BW each took in 2 rabbits, all rabbits including the one rescued by the lady last night, had been seen by the vet. As expected, they were not in the best condition. Our 2 turned out to be both gals and had maggots on their bottom. Their fur were also all matted. They are currently at Monster Pet Vet for treatment. Please send Scoop & Sandy lots of love & positive vibes.

The two females taken in by HRSSS were brought to the vet where maggots were found on their matted fur.

Prior to that, 13 rabbits were found in poor condition in the Clementi area.

Welfare groups suspect the rabbits were abandoned by breeders.

In response to a Stomp query, Ms Aarthi Sankar, executive director of SPCA, said: "Many of these animals are not microchipped, making it difficult to determine if they have been lost or abandoned.

"We have also noticed seasonal patterns, with a spike in surrenders or abandonments during the festive seasons.

"Trends suggest that in 2023, we may see an increase in rabbit adoption due to the zodiac year and a rise in abandonments and surrenders in both 2023 and 2024.

"These cases are often a result of impulse adoptions or purchases, as well as a lack of understanding of the time and resources required to care for these animals.

"We would like to remind the public to ensure they have sufficient resources before adopting or purchasing a rabbit or any other animal.

"Reasons for abandonment often include financial and commitment difficulties, and senior rabbits or those with medical issues are at a higher risk of being abandoned.

"There are also cases of pet guardians keeping unsterilised rabbits, resulting in multiple rabbits being bred and unable to be cared for.

"The SPCA strongly appeals to the public to be mindful and responsible before adopting or purchasing any animal, and we hope that penalties for abandonment will continue to be reviewed and that microchipping of pets can be made mandatory for greater accountability."