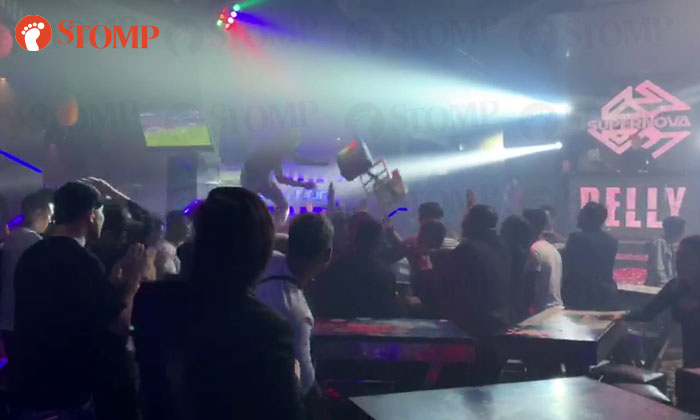 A 31-year-old man was taken to hospital after a riot broke out in a club at Clarke Quay in the early hours of Monday morning (Jan 27).

Several Stompers alerted Stomp to a video circulating online of the incident that happened at Club Illusion.

In the video, several people are seen shouting, shoving and throwing punches at one another.

Items including a stool, glasses and a drink tower are seen flying through the air.

Someone is heard shouting at people to 'get out' in Malay as security personnel work to break up the brawl.

Towards the end of the video, a man is heard saying: "He took their Martell some more, you know."

In response to a Stomp query, the police said they were alerted to a case of rioting at 3A River Valley Road at 3.09am.

A 31-year-old man was conscious when taken to Singapore General Hospital, a police spokesman said.