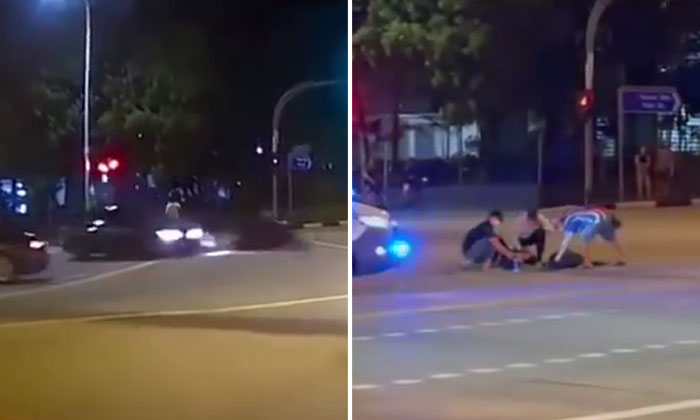 A 25-year-old motorcyclist was taken to hospital after a Mercedes-Benz rammed into the motorcycle he was riding at the junction of Pasir Ris Drive 3 and Elias Road on Sunday evening (Oct 3).

Footage of the incident was shared on SG Road Vigilante's YouTube channel.

In the video, the motorcyclist, who appears to be a Deliveroo delivery rider, is waiting at the traffic junction.

The Mercedes-Benz suddenly comes up from behind and rear-ends the rider, sending him flying.

From photos included in the video, the windscreen and bonnet of the Merc are severely damaged.

Passers-by were seen attending to the rider who was lying in the middle of the junction.

In response to a Stomp query, the police said they were alerted to the accident at 7.29pm.

"A 25-year-old male motorcyclist was conveyed conscious to the hospital," a police spokesman said.