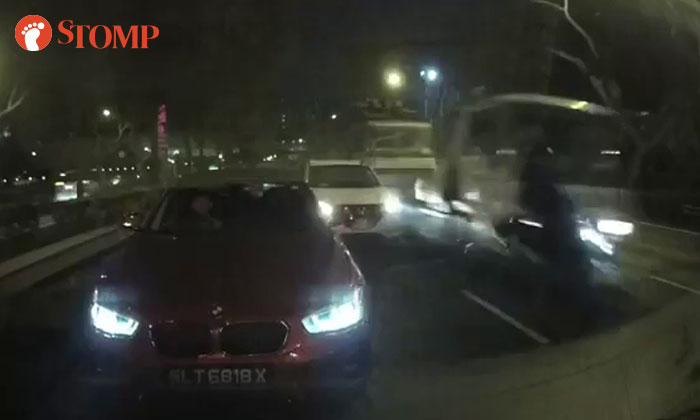 A 25-year-old motorcyclist was taken to hospital after a multi-vehicle accident on the Pan-Island Expressway (PIE) on Monday morning (Sep 16).

Stomper Eddie alerted Stomp to a video of the incident that he received via WhatsApp.

In the video, a white car is seen making a sudden lane change behind a red BMW in the first lane.

The rider attempts to avoid the white car but is hit by an oncoming lorry towing a truck in the second lane.

In response to a Stomp query, the police said they were alerted to an accident involving a lorry towing a truck, two cars and a motorcycle along the PIE towards Changi Airport, before Lorong 6 Toa Payoh at about 6.32am.

A motorcyclist, a 25-year-old man, was conscious when taken to Tan Tock Seng Hospital.