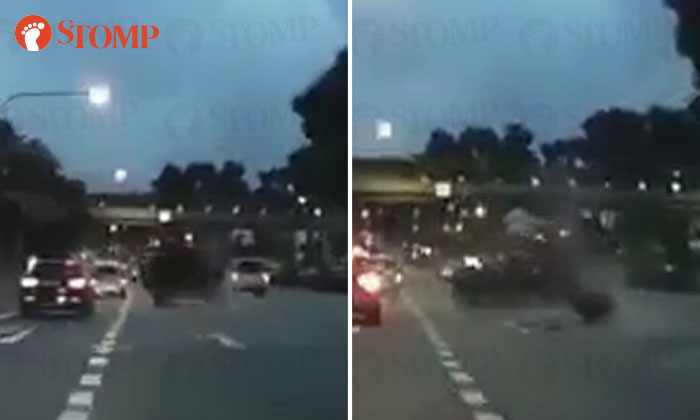 A 31-year-old motorcyclist was taken to hospital after he was involved in an accident with a prime mover along the Ayer Rajah Expressway (AYE) on Saturday evening (June 29).

He shared footage taken from his in-car camera that showed what happened just before the collision.

In the video, the rider is seen riding on the right-most lane.

He is seen changing lanes to the left and cuts in front of the prime mover travelling in the left-most lane.

The impact causes the prime mover's rear wheels to lift off the road before both vehicles are seen careening to the right.

In response to a Stomp query, the police said they were alerted to the accident at about 7.21pm.

The motorcyclist, a 31-year-old man, was conscious when taken to Ng Teng Fong General Hospital, a police spokesman said.