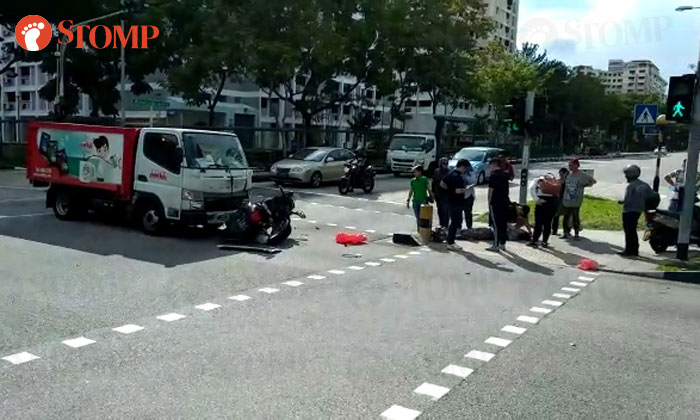 Stomper Muhaymin alerted Stomp to the accident and shared a video he took at the scene.

According to the Stomper, the biker was making a right turn while the lorry was going straight from the opposite direction.

"The lorry driver had right of way," he said.

In the video, a crowd is seen surrounding the biker who is lying on the road.

His motorcycle is seen lying in front of the lorry on the road.

In response to a Stomp media query, the police said they were alerted to the accident at 4.12pm.

The motorcyclist, a 48-year-old man, was conscious when taken to Khoo Teck Puat Hospital.