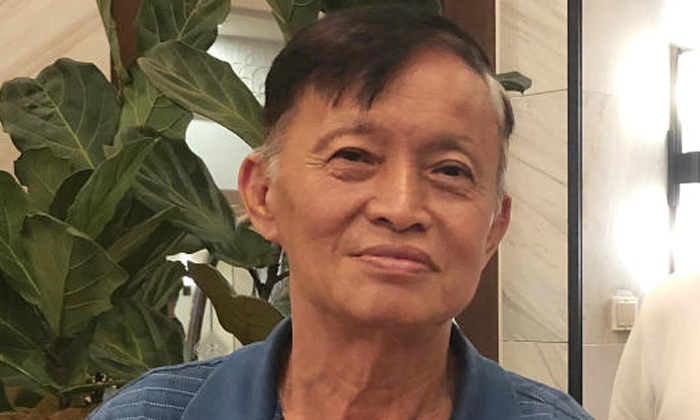 A 66-year-old retiree, who raised his two sons as a single father after his wife was killed by a falling tree 12 years ago, died last Friday (July 5) after being stung by hornets.

Mr Quek Lye Seng was picking rambutans and durians alone at about 3pm that day in a forest in Hillview near Bukit Timah when he encountered the insects, his younger son told The Straits Times at the funeral wake on Tuesday (July 9) evening.

He eventually succumbed to his injuries, when the toxins caused his vital organs to stop functioning.

Mr Quek's younger son, a marketing executive who declined to give his name, told ST that as his father was being attacked, he managed to run out to Hillview MRT station and ask for help, and a passer-by called the ambulance for him.

He was taken to the Accident and Emergency department at Ng Teng Fong General Hospital, and then transferred to the Intensive Care Unit, where he died at about 9am the next morning.

"My father was a retiree, so in his free time, he liked to go out and pluck durians and rambutans. On that fateful day, he accidentally intruded on some hornets, and they stung him and chased him," said the younger Mr Quek.

The elder Mr Quek had single-handedly raised his two sons, now 30 and 32, after his wife, Madam Ho Siew Lan, was fatally crushed by a falling tree in Bukit Batok Nature Park in May 2007.

Madam Ho, who had taken up brisk walking after being diagnosed with a minor heart condition, was at the park with two friends that rainy morning when tragedy struck. It was the first fatality from a falling tree on the records of the National Parks Board.

Following her death, Mr Quek, who was working as a production operator, had anticipated running into financial difficulties in providing for his two sons, saying back then: "It will be more trying from now on. After all, both of us held jobs to support the family. But now one is gone."

The younger son shared that the last time he and his elder brother saw their father was over dinner last Thursday.

He said that foraging for fruits was a favourite past time of the elder Mr Quek, who would usually share his pickings with his friends in the neighbourhood, from the nearby market and coffee shop.

The Hillview location is about a 10-minute cycle away from their Bukit Batok flat, and the father would go about four or five times a day, said the younger son.

"He had been doing that for at least 20 years. He grew up in a kampung so he knew how to do it," shared the younger Mr Quek.

"He used to go to the Bukit Batok and Tengah area. But those areas started undergoing development for housing about two years ago, so he started visiting the Hillview location."

Mr Quek's funeral and cremation will be held at Bright Hill Crematorium on Wednesday.

Experts say that in the event of a bee attack, one should cover the face and run as quickly and far away as possible.

They also advise victims to run against the wind, as the resistance makes it harder for the bees to keep pace, and also run in a straight line to prevent other people from getting stung.

One should not swat at the insects or flail the arms, as bees are attracted to movement.

Related Stories
Vlogger tries to eat live octopus -- but gets it stuck on her face instead
Indonesian woman mauled to death by pet crocodile after falling into enclosure
Man injured after running into wild boars while picking durians at Rifle Range Rd
More About:
death
dead
animal attack
animals
insects